YOU ARE HERE:Home » Office » Denver a Top “Sell” Market for Office Space
OfficeReports 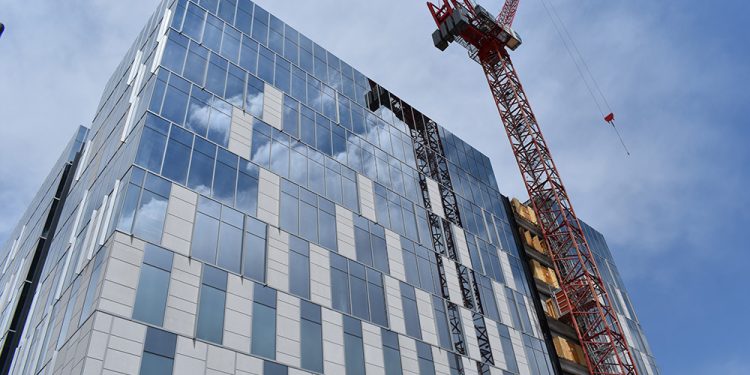 Ten-X Commercial, the nation’s leading transaction platform powering 90 percent of all online commercial real estate sales, just released its Summer 2019 Office Market Outlook which names Denver a top ‘Sell’ market. When compared to Nashville, Dallas, Austin, and Chicago – the four other top ‘Sell’ markets – Denver is expected to experience the most drastic change in rent unit prices, with a decrease of 3.3 percent to $19.47 per square foot by 2022. Additionally, vacancy levels are forecasted to increase 220 bps to 19 percent by 2022.

Nationally, the report also shows that, despite a strong job market, the office sector had the weakest growth outlook amongst all CRE sectors – multifamily, hotel, industrial, and retail. While the U.S. Labor Department has consistently reported steady job growth and decreased unemployment for the past year, the lack of growth in the office sector is largely the result of changing work norms. These include an increase in companies implementing remote working policies that allow employees to regularly work from home, and the rise of co-working spaces.

“Developers are noticing this change and the persistently high vacancies that have ensued, as the number of new offices coming to market fell 73 percent in the first quarter of 2019,” said Ten-X Chief Economist Peter Muoio. “Even though more Americans are employed, it is not translating into the pace of absorption it historically has, as office absorption also slowed 39 percent in Q1 2019. Office vacancies remained stagnant at around 16 percent for the fifth year in a row.”

Another factor that has contributed to the poor outlook for the office sector is the continued rapid adoption of technology. Technology adoption has enabled more employees to work remotely while also reducing office space needs. For example, cloud technology and SaaS applications have reduced the need for physical file storage space. Many companies now operate primarily digitally.

Despite the need for less overall office space, the number of new offices coming to market are predicted to eclipse office absorption, with vacancies slated to reach 17.3 percent by the end of 2019. Moving into 2020, the office sector is expected to continue to weaken with absorption rates continuing to falter, driving vacancies to grow to 18.3 percent by year-end – their highest level since 1992. However, net absorption is predicted to improve a year later, though it may continue to fall short of keeping pace with new office offerings until 2022. In the long-term this turn will not make a noticeable difference as vacancies will remain elevated at 18.2 percent.

The Office Outlook also examined rent growth, which is expected to make its lowest gain since 2010, while simultaneously hitting an all-time peak of $27.29 per square foot.

“Following continued weak demand for office space, we expect rents to fall by about 2.2 percent in 2020,” Muoio continued. “Moving into 2021, we predict rents will average a modest 0.9 percent year-over-year increase, which would put rent prices just below their 2019 level.”