YOU ARE HERE:Home » Development » Denver’s Aerotropolis on Track to Reshape Region
DevelopmentEventsIndustrial 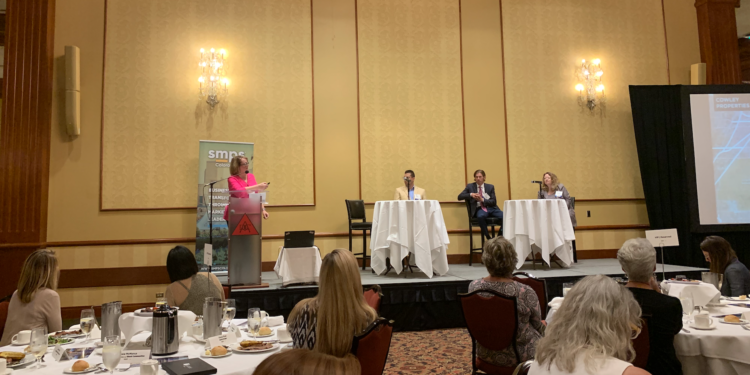 An aerotropolis is defined as a metropolitan subregion whose infrastructure, land use, and economy are centered on an airport. The area around DIA has emerged as one of the Front Range’s hottest areas for new development. Commerce City, Aurora, Brighton, DIA and the City and County of Denver, are coming together to continue to market the opportunity that is already off to an impressive start.

“The region’s aerotropolis will expand Colorado’s attractiveness to innovative employers that will create cutting-edge jobs, invest in the community, and strengthen our economy. The aerotropolis will attract a wide range of industries, especially those focused on future technologies,” says Janet Fritz, director of marketing & communications, Adams County Economic Development.

“We don’t yet know what the boundaries are for the aerotropolis. We think that the market is going to tell us which companies and developments are going to happen in the area because they need to be near an airport,” said Michelle Claymore, economic development director, Commerce City Economic Development. “We see this as a major opportunity for bold and innovative development that will shape our region for years to come,” said Claymore.

“Right now we have four to seven thousand people living and working in and around DIA and over the next four years, if we do this thing right, it will jump up to around 180,000 people,” said Michael Martinez, president/CEO of Brighton Economic Development.

There are currently several companies that already occupy space within the boundaries of the 25,000+ acres that make up Aerotropolis — Kärcher North, Walmart, Amazon, and Panasonic, just to name a few — and there are some other major developments currently in the pre-planning stages: