YOU ARE HERE:Home » Architecture » Denver’s Energy Benchmarking Ordinance: What it Means for the Denver Real Estate Market
ArchitectureConstructionEnergyFeatureMultifamily

Denver’s Energy Benchmarking Ordinance: What it Means for the Denver Real Estate Market 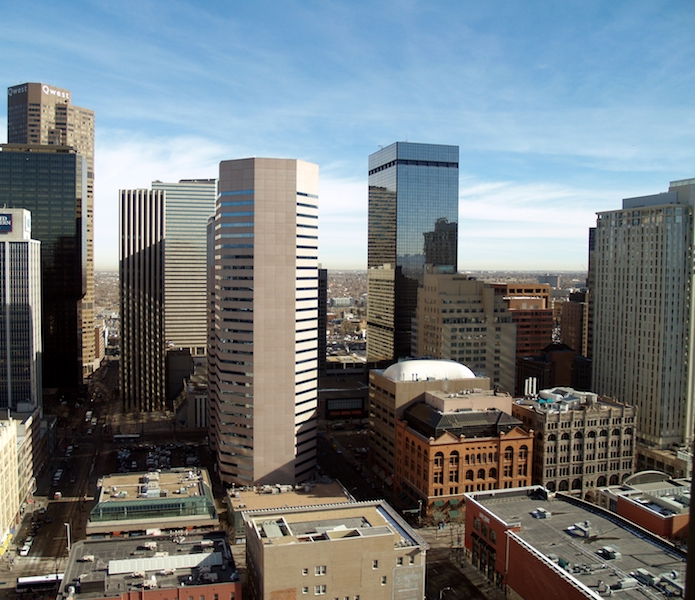 In December of 2016, the City of Denver passed Code of Ordinances Ch. 4, ARTICLE V. – Energy Efficiency in Commercial and Multifamily Buildings. This ordinance follows in the footsteps of 17 other large cities in the United States who have decided to benchmark the energy use of their public, commercial and multifamily buildings. Now, for the first time, owners of most property types that are more than 25,000-square-feet will be required to publicly disclose how much energy their building is using. This year, the first wave of the ordinance is underway—owners of buildings more than 50,000-square-feet have until September 1 to comply or face fines—and by June 1, 2018, every building over 25,000-squre-feet is required to comply.

The adage “what does not get measured does not get managed” explains the rationale behind the adoption of the new program. Denver’s 2020 Sustainability Goals contain two components that directly influenced the adoption of the ordinance—a climate goal to reduce overall city CO 2 emissions to 1990 levels and an energy goal to maintain the same energy usage as the year 2012—and currently commercial and multifamily buildings account for 57 percent of the city’s greenhouse gas emissions. After an 18-month stakeholder process it was deemed that benchmarking and transparency was the best way for the city to achieve significant reductions in these structures.

The program requires the use of ENERGY STAR Portfolio Manager. Two main data points from Portfolio Manager are what drive competition for efficiency in markets with similar policies—every building that complies will have an energy use intensity per square foot (EUI) and a 1-100 score comparing a building to a climate-normalized nation-wide survey on buildings of the same typology. Denver is going to rank building types on the city level as well. All the data will be publicly available in list form as well as on an interactive map. This process has worked well for other cities with this policy. Transparency and competition has driven an average 2.4 percent energy use reduction annually. Spending on those retrofits also bolsters local spending and job creation.

Compliance – Who and How

Not every building over 25,000-square-feet will have to benchmark energy use. Circumstance, such as low occupancy rates, financial distress or renovations can make it an irrelevant process. Properties with industrial manufacturing and agricultural processes will also be exempt. Those who do need to benchmark should familiarize themselves with Portfolio Manager, as well as the data the City of Denver is asking for by building type. After the building profile has been created in Portfolio Manager, the utility data will be input. Once 12 months of data has been correctly entered an EUI and ENERGY STAR score will be generated and you can port the information to the city.

Market Changes and Managing the Process

The Denver real estate market will soon have new metrics for commercial property valuation—buyers and sellers are going to have quantifiable indicators of a properties energy bills. The EUI, much like the MPGs in our vehicles, will potentially become a more widely used metric for building performance. The city is not issuing penalties for low scores; however, buildings with a lower score have some of the lowest hanging fruit to decrease bills and improve scores with shorter payback periods.

Working with a qualified consultant can make a big difference whether simply complying with the ordinance, optimizing your score or making some meaningful improvements to systems in your building that will increase your ENERGY STAR Score and save money.