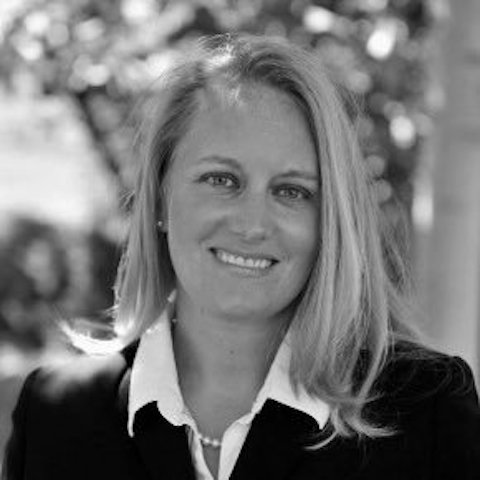 What does the world look like with the Amazon news to buy Whole Foods? Are shopping malls really going away with technology? Do millennials really shun the physical store? A city that is expected to be one of the hottest markets over the next few years, Denver and its surrounding areas are constantly under development and expansion.

The International Council of Shopping Centers (ICSC) association serves the global retail real estate industry, providing its 70,000+ member network in more than 100 countries with invaluable resources, connections and industry insights. On Tuesday, Mile High CRE had the pleasure to sit down with Stephanie Cegielski, vice president of Public Relations and spokeswoman for ICSC, to find out what her predictions are for the Denver retail market. As a Colorado native, now based in NYC, she has witnessed Denver’s commercial real estate market change dramatically in recent years.

1. With the increase in online retail sales, is brick and mortar on its way out?

I think it’s a changing time. The overall e-commerce segment is about 10 percent of retail sales — 10 percent of the 4.7 trillion dollars each year. While it is changing things and Amazon is a disruptor, it is forcing the whole industry to change with it. What we are seeing is those online retailers that have both an online and physical presence, do the best because they offer more options. But we are also seeing a shift away from the department stores and more toward the smaller boutiques. Some of that is driven by demographics and some of it by social media. There’s a shift in consumer desires at this point.

2. What do you think brick and mortar’s need to do to adapt to the changing retail climate?

Consumers are much more technology savvy than they used to be and the retailers that allow their customers to engage with them through their mobile phones do well. People expect technology now on some level and it’s one of those things that has to be part of your business plan.

I disagree with the notion that brick and mortar is dead whole-heartedly, because I don’t think you are ever going to just shop online, I don’t think it’s dead, I just think that what we want and how we shop is changing.

Amazon keeps on brilliantly evolving itself, they take risks and they have the ability to do that, but they are investing in 450m brick and mortar locations for a customer base that they know that they have and want to profit from

3. With the increase in mall closures across the U.S. do you think the same is likely to happen in Denver?

First of all, we haven’t seen a huge uptick in mall closures, I think you are seeing more redevelopment and they may not look like the traditional mall with the four anchor stores. Much like Denver’s Streets at SouthGlenn, where there’s a combination of restaurants, entertainment and outdoor shopping and housing. Denver has a strong market for that and it’s not particularly “mall heavy” any more. I was here long enough to know Cinderella City, Villa Italia and SouthGlenn Mall and watch the mall be redeveloped into other formats that support the community.

We are seeing this shift to outdoor retail nationally. Typically, if you have a struggling mall, it’s located in a struggling community or economy that just can’t support it but if it’s redeveloped into something that can be supported then its beneficial.

The malls that are really thriving now are curating their tenants to be more of a draw for people. As we look at store closures this year, a third of them have been apparel related. For that reason boutiques are likely to be more favored going forward, because consumer desires are changing.

4. According to CBRE’s 2017 Global Real Estate Market Outlook, there is an expectation that Denver will outperform many other global retail markets. Would you agree with that prediction?

I don’t doubt that. Denver is one of the highest for increase in wage, there’s a huge uptick in population growth and the job market and the housing market has been doing well, so it’s a strong economy, which is a very positive thing for retail and retail real estate.

In downtown Denver, I notice that with all the apartments, it’s a lot about the convenience of being able to walk across the street to get food. I think we’ve become a very convenience driven society and interestingly Denver has tried to build itself that way to attract people to the city and it’s doing very well.

5. What are your thoughts about the new “retail showrooms’ in Denver and what do they offer the consumer?

That’s an interesting concept that incorporates both the physical and online but forces you to really embrace both.

I was in San Francisco a couple of months ago and the Dyson showroom was opening in Union Square — a prime retail location for a showroom that features vacuums and hairdryers. At the time I thought that was weird but then I got to thinking about how the Target’s and Costco’s don’t give you the opportunity to try your vacuum out before you buy it, so the showroom model gives consumers the opportunity to try the product first and then buy it wherever they want.

6. What are your predictions for the future of the Denver retail market?

I think the Denver market is strong and it’s going to stay that way. The people in Denver love diversity and uniqueness and so I think that you’re going to see a lot of entrepreneurial people come to Denver and some of that will be driven by the millennials who don’t want a boss and are willing to try something different.

I am really happy to see all the growth in Denver. I was actually at Flatirons mall on opening day, when my daughter was 4 weeks old and she’s 17 now!