YOU ARE HERE:Home » Charity » Haselden Construction Raises Over $710,000 for Homes For Our Troops
CharityCommunity InvolvementConstructionFeature

Haselden Construction Raises Over $710,000 for Homes For Our Troops 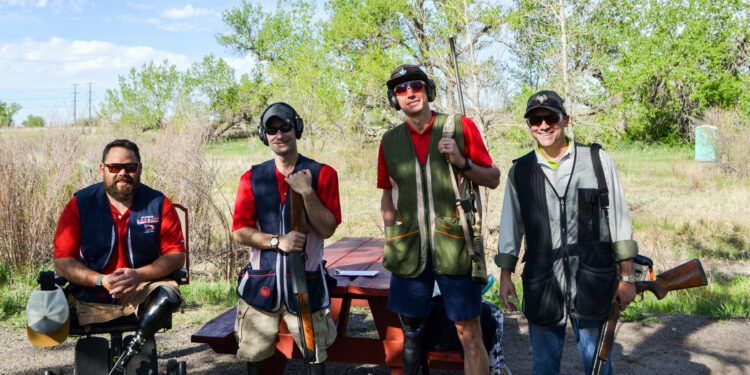 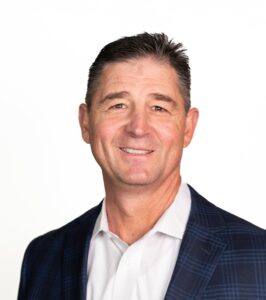 By Eric Blanke, director of planning and construction at Haselden Construction

Service to the community is a foundation of Haselden Construction’s business model. Built on the core value of relationships, it is integrated into every aspect of the organization, including its annual clay shoot fundraiser that benefits Homes For Our Troops, a publicly funded 501(c)(3) nonprofit organization that builds and donates specially adapted custom homes nationwide for severely injured post-9/11 veterans, to enable them to rebuild their lives. Over the past eight years, Haselden has raised more than $710,000, making them one of the nonprofit’s top fundraisers and a testament to the commitment and generosity of Colorado’s construction industry.

In its inception, the Haselden clay shoot was an opportunity to connect with industry partners over a mutual interest, while supporting a charitable cause. When deciding on an organization to support, Veteran services came to mind.

“Haselden was founded by my father, Jim Haselden, who is a veteran himself, so it’s personally significant to have our team and partners come together to help these individuals make meaningful lives for themselves and their families,” said Haselden Construction President and CEO Byron Haselden.

After researching and vetting several charitable organizations, Homes For Our Troops emerged as a top choice due to its responsible management and the opportunity for Haselden’s efforts to positively impact the veteran community in Colorado.

Each year, the funds raised from Haselden’s clay shoot go directly toward a veteran’s home construction. In addition to the home building, Homes For Our Troops also offers financial planning, warranty programs, and homeowner education, as well as a network of mentors to foster a sense of community for veterans and their families after they move in.

Earlier this year, Haselden Construction witnessed the positive impact of this partnership during a key ceremony for Navy Hospital Corpsman Joel Booth, a wounded veteran and recipient of the proceeds from Haselden’s 2018 clay shoot. The ceremony — which began with Booth making his way up the driveway to cheers from the local community, fire and police departments —  marked the official completion of the home and honored Booth’s military service.

“Often when you donate to a cause or at an event, you’re not able to see or be there for the end result. That’s part of what makes being able to attend the key ceremonies for Homes For Our Troops so special. Not only do you see where your donations physically end up, but you get to be there in person and show support for the Veterans the day they receive their new home,” remarked Josh Huff, organizer of the Haselden clay shoot, while attending Booth’s key ceremony.

While global supply chain challenges and inflation have impacted every aspect of the construction industry this year, it has further solidified Haselden’s desire to grow its partnership and help even more. The 2022 Clay Shoot had more than 40 volunteers and 230 participants and successfully raised $100,838, making it Homes For Our Troops’ 3 rd largest fundraiser in the country.

The highlight of the event included hearing from Army Specialist Adam Pott, injured in 2007 during deployment in Iraq and currently on the list to receive a Homes For Our Troops home. He explained that after he attended another veteran’s key ceremony and saw how the new home solved common safety issues, it inspired him to apply.

Pott expressed his gratitude stating, “I’m looking forward to getting into the home and not having to face some of those issues. This home means so much to me and it will be my home for the rest of my life and the rest of my family’s life. My sincere thanks to the volunteers, Haselden, Homes For Our Troops, and this entire community that has welcomed me in.”

“We are incredibly grateful for Haselden Construction and their continued support over the past eight years. We can only build homes and rebuild lives because of Patriotic supporters like them, and their dedication and commitment to our Veterans is unwavering,” said Homes For Our Troops President/CEO Brigadier General, USA (Ret) Tom Landwermeyer.

Founded in 1973, Haselden Construction is one of the top general contractors in the Rocky Mountain region, providing a full enterprise of services, including development, design-build, preconstruction, general contracting, construction management, and restoration. The organization focuses on healthcare, senior and multi-family residential, K-12 and higher education, hospitality, and government construction, and supports sustainable design and construction with multiple LEED® Accredited Professionals on staff. Haselden’s notable projects include the National Renewable Energy Laboratory (NREL) in Golden; UCHealth in Aurora; and SCL Health in Wheat Ridge.

Apartment Building in West Wash Park to be Repositioned