YOU ARE HERE:Home » Brokerage » Let’s Change the Conversation: The Importance of Mentorship and Taking Risks for Women in CRE
BrokerageDiversityFeature

Let’s Change the Conversation: The Importance of Mentorship and Taking Risks for Women in CRE 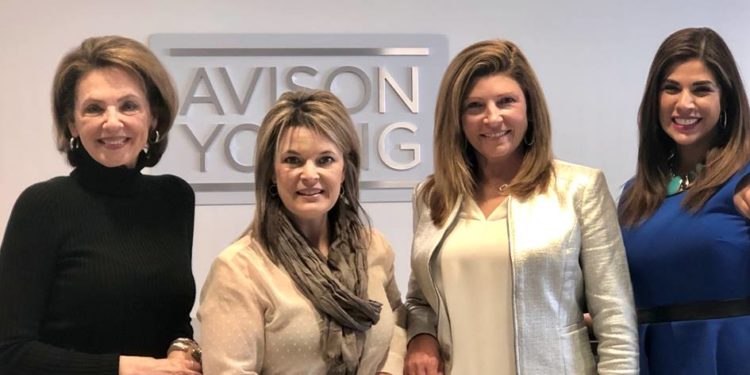 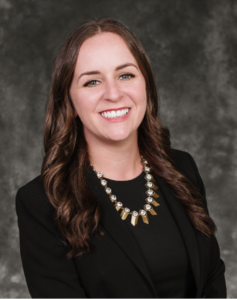 “I’d like to see the rhetoric change.” That was the answer Dawn McCombs — principal and lead industrial broker in the Avison Young Denver office — gave when asked what she’d like to see done about the advancement of women in commercial real estate. “Women are powerful. I’d love to start focusing on that power instead of any perceived disadvantages we may face,” she said.

Given McCombs’ success as an industrial broker, it is a suggestion that bears weight. However, it also begs the question of how to change the conversation and promote further growth in male-dominated industries like commercial real estate, in a way that does not ignore the fact that gender inequity still exists.

There is still the gender pay gap to contend with, where — statistically speaking — white women typically earn 77-85 percent the salary of their white male counterparts and women of color earn between 53-61 percent. There are also studies which show that men are often promoted on future potential, while their female counterparts are promoted based on past performances,

To suggest there is no disparity between the genders would be fallacious; women — and particularly women of color — remain at a disadvantage when it comes to climbing the corporate ladder, and there is much work that still needs to be done at the structural level to accelerate the advancement of women. That being said, it does not invalidate McCombs’ point about changing the tone of the conversation surrounding women in male-dominated industries. Instead of solely dissecting and rehashing the challenges, women should also be encouraged by both their male and female counterparts to seek out solutions, and — more importantly — be supported to see those solutions succeed.

This begins with mentorship. In a 2015 benchmark study conducted by Commercial Real Estate Women (CREW) Network, 47 percent of industry women indicated a lack of a mentor or sponsor as their top barrier to success. Beyond the insight and experience they provide, mentors also have the power to advocate for their mentee. Having someone who has already earned a seat at the table vouch for your potential and champion your successes can make a patent difference when seeking raises, promotions, and new opportunities.

Jaimee Keene, a vice president and member of Avison Young Denver’s Capital Markets Group, pointed out that it needn’t only be a female phenomenon. Keene came to Avison Young after being recruited by one of the male principals, and she credits his advocacy with aiding in her success in the brokerage industry. As men still hold the majority of management and leadership positions in commercial real estate, it is crucial they play an active role in providing women opportunities to succeed and be
recognized.

In conjunction with advocacy is the importance of encouraging women to take risks. As clinical therapist Cara Maksimow explains in an article discussing the phenomenon of Imposter Syndrome, “Girls are socialized to be more risk averse than boys, and it often comes out in adulthood and in situations related to career.”

Marcy Moneypenny — the new principal and managing director of Avison Young Denver — agrees, but adds, “In my opinion, this is not a female verses male issue. This is about embracing differences in thought, experience and perspective to create a ‘win-win’ situation for everyone.”

Finally, it is about women acknowledging (and celebrating) what makes them different. Joella Rodarte, Avison Young Denver’s retail broker, explains, “As a young Hispanic woman starting out in commercial real estate, I quickly realized I wasn’t going to be successful by simply trying to chase the same institutional business as my well-connected male counterparts. Instead I carved out a niche within the Hispanic and Asian communities and created space for myself to succeed.”

There is a long-held notion in the business world that women need to behave like men to succeed. In her book, Play Like a Man, Win like a Woman, author Gail Evans explains, “As business culture developed, few women were around to help. Men wrote all the rules because they wrote alone.” Evans’ book is one of Moneypenny’s favorites, simply because it is instrumental in calling out areas where women can improve their game to become more successful.

For Moneypenny, diversity and inclusion are the cornerstone for progress within the commercial real estate industry, and she states that while women may want to take note of how their male counterparts have mastered risk-taking and self-advocacy, unique self-expression is still the key to success. “Women have their own power,” McCombs states. “I think it’s time we harness that power and confidently take our seat at the table.”