YOU ARE HERE:Home » Brokerage » MOB: A Valuable Commodity
BrokerageConstructionDevelopmentFeatureHealthcareRetail 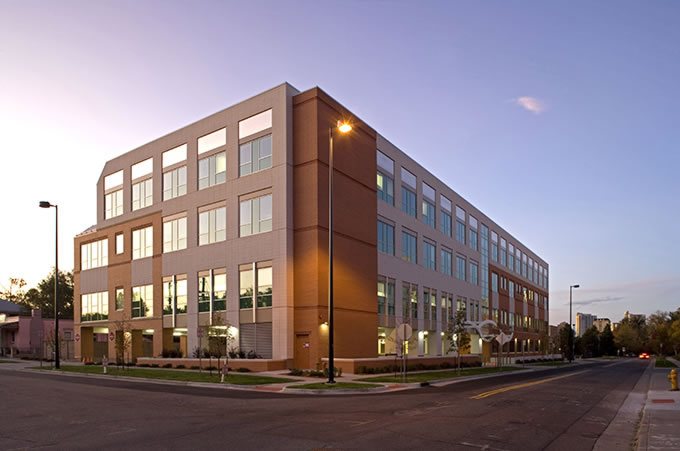 Healthcare providers are facing increasing pressure to reduce costs in the face of uncertain reimbursement rates from Medicare, Medicaid and private insurance companies, and to improve patient outcomes. According to a CBRE Research report, one way in which healthcare providers are attempting to reduce costs, is by relocating services closer to where patients live, moving more patient volume away from hospitals — the highest-cost facilities — and into lower-cost outpatient facilities, including medical office buildings (MOB’s) and urgent-care facilities.

In addition to reducing costs, there is also a growing trend in the industry for physicians, who don’t need to be based on a hospital campus, to relocate into retail destinations that offer them more visibility and their patients more convenience. “Medical practices, whether they are hospital employed or independent practices, want to be in locations that are accessible to their patient base and have a high degree of visibility for branding,” says Dann Burke, first vice president, CBRE Healthcare Services in Denver.

Off-Campus medical buildings have gained in popularity. The Denver MOB market has continued to experience strong levels of construction activity, with 226,600 square feet under construction at the end of Q2 2017, according to CBRE Research. The Denver office of Mortenson Development is developing multiple medical office buildings in Colorado that they intend to own long term and ideally partner with well-established health systems, including Pine Creek Medical Center in Colorado Springs and Arista Medical Office Building in Broomfield next to the new UC Health Hospital.

Taber Sweet, development executive for Mortenson Development Inc. believes that healthcare is increasingly becoming a consumer’s market as individuals seek access to care that is convenient and cost effective. The industry is responding to this culture of convenience by locating their hospital owned physician practices in well placed medical office buildings in growing markets, or those that are currently under represented. “Ideally, an individual can attend a medical appointment, buy groceries and grab a cup of coffee within close proximity to their home. If their current provider doesn’t offer that desired convenience, another one will,” says Sweet.

Health systems however continue to be resource constrained, explains Street, as they deal with reduced reimbursements and rising expenses including those associated with acquiring physician groups. “Because of these realities, we’re seeing health systems turn to real estate developers as a means to obtain the market presence they desire without having to expend their own upfront capital.” Wellness centers are also gaining in popularity, though not at the same rate. They cater to those who electively partake in preventative medicine as opposed to more curative medicine. In select markets, the health and wellness model involves integrating preventative exercise and nutrition services alongside traditional healthcare providers, says Burke.

“We really thought that with the Affordable Care Act, where there has been financial incentives to adopt the model, that the wellness component would become even more important, but unfortunately that hasn’t been the case because the financial model is really hard to make work, unless its hospital subsidized or funded.”

However, wellness services that are complementary from a business standpoint are especially critical in the case of new development, says Burke. “When you are trying to build a tenant base that has complementary referral patterns, there is more of a business and healthcare incentive to stay in a location than just cost of bricks and mortars, rent, and tenant improvement.”

Miller’s Landing — a $300 million mixed use development in Castle Rock, breaking ground this month that will reinvent a dormant brownfield site, connecting the downtown core with the popular Philip S. Miller Park, plans to include a medical office component. Shawn Temple, managing director of P3 Advisors — a real estate development and investment firm specializing in complex brownfield, mixed use and specialty snow sports projects — plans to develop a health and wellness campus of sorts, that will combine pulmonary and orthopedic with a wellness center.

“Integrating a health & wellness campus into Millers Landing & Philip Miller Park, will continue to make Millers Landing that unique place where primary employers and their employees will be happy and more productive,” says Temple.

Temple currently has two major medical groups interested in the site, in part because of its proximity to the hotel/resort, a major component of Millers Landing that will be an attractive place to stay for patients undergoing day surgeries etc. NexCore Group, a developer of healthcare facilities for hospitals, health systems, and physicians, as well as Health Facility Advisors, are scouting the development according to Temple.

Investors are also maintaining their interest in MOB’s. They remain a solid asset class that is highly sought after, especially during market downturns. For Investors, health systems are relatively recession-proof, as the need for health care will always be present, even in times of economic struggle.

In Denver, total investment volume achieved $72.8 million in the first half of 2017, up 87.6 percent year-over-year, according to CBRE’s Q2 Medical Office and Healthcare report. “The bigger investors tend to go after Medical Office Buildings with a high percentage of hospital tenants, so they get high credit tenants — they are extremely stable assets,” says Burke.

Burke went on to say that medical offices don’t like to relocate as it can be very disruptive to the practice and the patient, another reason why MOB’s are a popular investment. Rates are also higher for MOB’s than for traditional office buildings, partially a result of the additional tenant improvements and tenant improvement allowance that the landlord puts in, which warrants a higher lease rate than a typical office building of the same class, says Burke.