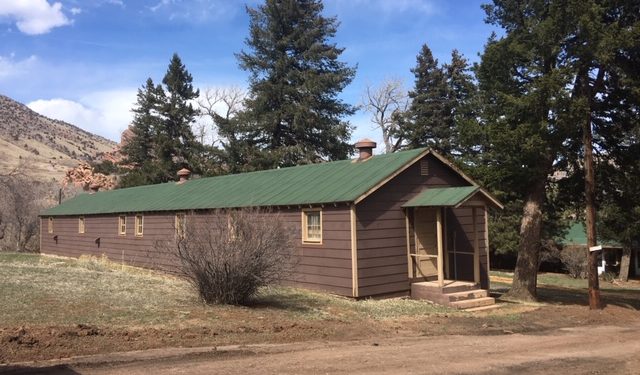 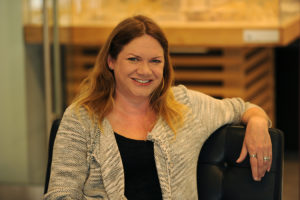 In 2019 RATIO | HPA, was hired by the City and County of Denver Parks and Recreation, to design the rehabilitation of the 2,500-square-foot barracks building located near Red Rocks Amphitheater in Morrison, Colorado. The overall vision for the property is to allow access to the public and interpret the important work that the inhabitants of the camps created, to help shape the Park systems that Denver citizens enjoy today. The barracks will undergo an approximately $1 million rehabilitation to turn it into an office space and meeting room for Denver Mountain Parks.

The Mount Morrison Civilian Conservation Corps (CCC) Camp is one of the most intact camps of this era in the country. Enrollment in the CCC peaked in August 1935 with more than 500,000 corpsmen spread across 2,900 camps. The Civilian Conservation Corps was a federal program meant to put people back to work during the Great Depression in the 1930s. This Camp was home to hundreds of men during the construction of Red Rocks Park and Amphitheater and other portions of the Denver Mountain Park System in the 1930s. The property is listed on the National Register of Historic Places and is considered nationally significant. The barracks were used between 1935 and 1959. The District exemplifies federal and local government collaborative planning, carried out with the manpower of the CCC, that developed public landscapes and advanced outdoor recreation during the mid-1930s.  The nearly intact CCC camp is an outstanding example of its type. This significance is made even more important due to the inherent fragility of CCC camp buildings, as they were considered temporary structures at the time of their construction.  The 1935-6 Mount Morrison camp retains fourteen of the original fifteen camp buildings.

The Camp is now owned by the City and County of Denver. The park is considered the “jewel” of the Denver Mountain Parks system. It was originally purchased in 1928, with amphitheater construction from 1936 to 1941. Denver’s Mountain Parks system is one of the most unique in the country, extending outside of the Denver city limits through four counties. There are 22 parks and 24 conservation areas that make up 14,000 acres and one of the most expansive park systems in the West. Many of the structures extant in the park system were originally constructed by the men who lived at Mount Morrison Camp.

Barracks #3 is one of several long, rectangular bunkhouses in the camp. The building will be temporarily moved to allow for a new concrete foundation to be constructed in the original location. The existing foundation consists of timber and concrete masonry units which have significantly deteriorated over the years, creating a sloping floor. The building will then be returned to the new foundation and fully rehabilitated including new roofing, replicated original siding, restored original windows and doors where possible. The window sashes are being restored through a volunteer effort lead by Denver Mountain Parks and will be re-installed in their original openings by the general contractor for the project.

The current layout of the building is utilitarian with minimal interior finishes or partitions. The rehabilitated interior will feature a large meeting room, four private offices, an open office space, break room and accessible restroom. Historic interior features will be retained including the original wood plank floor, base, and exposed wood truss system. The building’s systems, including mechanical, electrical and IT will be replaced, and the envelope insulated to improve the energy usage of the project.

Accessibility will be provided through the creation of an accessible parking space and route to the building including an exterior ramp and the addition of an interior accessible restroom. The adjacent landscape will be restored back to the native landscaping.

The rehabilitation project is currently on the boards for RATIO|HPA. The anticipated construction completion date is December 30, 2020.