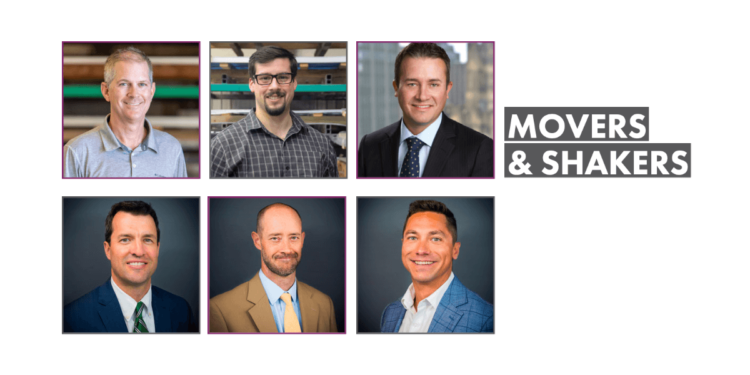 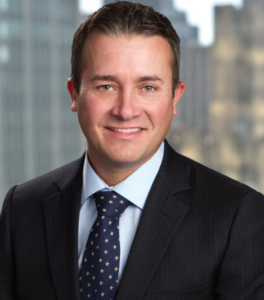 Based in Denver, Mr. Despard will have responsibility for Rockefeller Group’s real estate acquisitions, new developments and operations throughout Colorado and the greater Rocky Mountain Region.  Rockefeller Group established the region, its sixth in the United States, in concert with its recent acquisition and planned joint venture development of 1055 19th Street in downtown Denver—the 2.5-acre site of the former Greyhound bus terminal. The joint-venture, with Golub & Company, is planning a large-scale, mixed-use development on one of the last undeveloped full-block sites downtown.

“We are highly-focused on investment and growth in Colorado and the greater Rocky Mountain Region,” said Tom Weeks, Rockefeller Group’s executive vice president and head of Development for the company nationally. “Denver is central to our growth strategy, and to have someone with Jay’s experience and track record join our platform to lead us in this region and grow our team is just an extraordinary opportunity for Rockefeller Group, our partners and stakeholders.”

Mr. Despard spent more than two decades with Hines in Colorado, including the last 17 years in Denver in positions of increasing authority.  Since 2014, Mr. Despard held the senior-most regional officer position for the firm in Colorado, responsible for all real estate development, acquisition and leadership initiatives throughout the state.  Among his most notable projects, Mr. Despard led the development and leasing for 1144 15th Street, the nearly 700,000 square foot, 40-story trophy office tower completed downtown in 2018.  He also completed the lease-up of 1601 Wewatta and arranged the building’s sale at record pricing for the Denver market, among many other prominent local projects.

“Rockefeller Group has a long history, ambitious growth plans and strong leadership, all of which position the company well to bring extraordinary projects to Denver and the greater region,” said Mr. Despard.  “I’m looking forward to working with our partners on existing projects, growing our pipeline and our team to further broaden our platform.”

Murphy Company, one of the nation’s largest and privately held mechanical contracting firms, announced that Ian Wincentsen has been promoted to project manager. The announcement was made by Bradley Andrews, operations manager.

Ian will oversee different projects in the Denver Metro and Boulder area including pharmaceutical and a large institutional central utility plant project. He joined Murphy Company in 2019 as a project engineer and has supported several projects as a key member of the team’s success. Before Murphy, he served as an assistant project manager for Murphy Company’s peer group partner JF Ahern, a contractor based in Wisconsin, learning the ropes of large-scale mechanical contracting, which he will continue to develop throughout Colorado.

Andrews said, “Ian’s drive to take on more responsibility and be the lead for Murphy on his projects, as
well as developing strong relationships with clients is what really excites me for his future at Murphy, and I
look forward to seeing what he can do as PM for our team!”

Ian holds a Bachelor of Science in Construction Management from Western Illinois University, where he
also minored in law enforcement. In his free time, he likes to hike with his wife and his two dogs and
enjoys rebuilding motorcycles!

Murphy also announced that Kevin Madigan has been promoted to engineering manager. The announcement was made by Greg Friess, senior vice president & general manager.

Kevin will oversee the operation of the Design Build group in the Colorado office. He joined Murphy Company nearly two years ago, and has supported many projects in the Preconstruction group, most notably in the healthcare, manufacturing, aviation, and commercial office markets.

He is a graduate of the University of Dayton in Ohio, where he received his Bachelor of Science in Mechanical Engineering. He is also a licensed professional engineer in Colorado and Ohio and has worked in all facets of the construction business. Friess says, “Our Design-Build offering continues to differentiate Murphy Company in this market, and we are excited about the opportunity to continue to grow and develop that offering!”

Colorado-based Collegiate Peaks Bank, a division of Glacier Bancorp, is pleased to welcome Benjamin Martin to its team as a senior vice president, commercial lending. Martin has more than 20 years of experience in both large and small financial institutions in Colorado, Wisconsin and Arizona and will provide commercial lending services to all types of businesses, from start-ups to long-established companies.

Benjamin has been a top performer in the banking industry throughout his career, including achieving the Pinnacol Award for managing one of the top 20-percent performing branches in the country. As a Senior Vice President of Commercial Lending at Collegiate Peaks Bank, Benjamin will provide a consultative approach to find effective solutions for clients and employ a value-added philosophy to help clients achieve their goals through referrals and professional and personal connections.

Benjamin is also an active volunteer in the community, working with several organizations including Central City Opera House Association, Adams County Regional Economic Partnership, LEAD Metro North Leadership Program and the Denver Metro Leadership Foundation. His professional banking skills and volunteer work contribute to Collegiate Peaks Bank as it strives to build communities one business at a time and is focused on a commitment to the communities they serve.

Loveland brings over 13 years of banking experience, focusing on commercial real estate, operating companies and non-profits. Loveland earned his MBA from the University of Denver and a Bachelor of Science degree in Finance from Miami University. He serves as Board Treasurer for several local non-profits.

Morrill has over seven years of banking experience working primarily in the government and non-profit lending space. In his new role, his focus will be on commercial real estate, investor real estate, working capital and guidance lines of credit, letters of credit and SBA loans. He will also continue to provide metro district financing. Morrill earned his Bachelor of Science degree in finance from Metro State University.