YOU ARE HERE:Home » Architecture » New Climbing and Food Concept Coming to RiNo
ArchitectureConstructionDevelopmentHospitalityRecreationSustainability 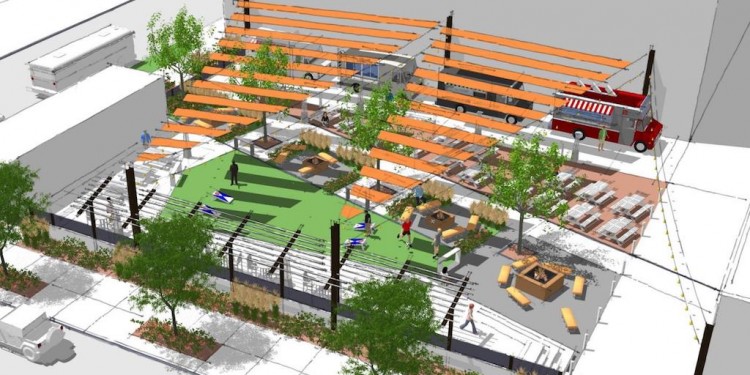 “We are incredibly excited to marry some of Colorado’s most cherished and popular trademarks under one roof,” says Mike Moelter, co-founder of  Movement Climbing + Fitness. “On the Improper City side, guests will enjoy a great café experience, Colorado’s renowned craft beers, and an outdoor food truck park. On the Movement side, they’ll have access to world-class rock climbing, fitness, and yoga. Our goal is to create a space for a community to gather unlike any other.”

Occupying 40,000 square feet of the shared building, the gym proposes to be the largest of Movement Climbing + Fitness’s three facilities, with a modified concept focusing on bouldering only. It promises to feature the same hallmarks that have made Movement’s Boulder and Denver locations so successful, including boulder problems from highly trained and certified setters, more than 50 complimentary yoga and fitness classes per week, childcare, locker rooms with towel service, a full selection of cardio machines and training equipment, its signature stadium seating, and a continued focus on green energy.

The south side of the building will showcase Improper City, Denver’s newest community space. It will feature a rotating beer and cocktail menu, an event area, an indoor stage, as well as a 12,000-square-foot outdoor patio—Denver’s largest—where a changing cast of food trucks will cycle.

“We believe in integrating our business directly into the heartbeat of each community where we operate,” Riley says. “Improper City is inspired by RiNo’s industrial heritage—it’s attractive and up-and-coming and welcomes everyone. It’s a place where you can grab local food truck fare or a microbrew after work or climbing. You can stop by in the morning for coffee and a bagel from a neighborhood baker. If you want to gather with friends or do work or chill after climbing, you can. It’s not a place to be proper.”

Each business will operate independently, though under the same roof. The building, which was erected in 1947, spans the length of Walnut between 32nd and 33rd Streets at 3201 Walnut Street. Boulder-based general contractor Symmetry Builders, Inc. began remodeling and construction in December 2017, and the soft launch is scheduled for summer 2018.

Take a video tour of the facility here: