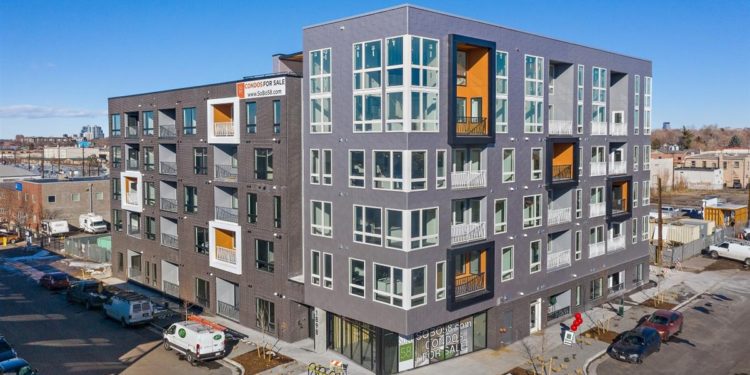 Cuningham Group served as the architect and interior designer and also worked on neighborhood project 1616 South at Platt Park, as well as other important projects in the city like The Edge LoHi.

SoBo 58 sales and marketing is led by Leslie Lamora and Susan Chong of Iconique Real Estate.

“While lack of condominium inventory in Denver was accentuated by the pandemic, SoBo 58 is refreshing and redefining the neighborhood for savvy buyers who are excited to be a part of creating the community off South Broadway,” said Lamora. “Having been a part of this development over the last three years, we are thrilled to see the community resurgence being supported by so many creative developers, entrepreneurs and residents who have made Denver one of the fastest growing cities in the country.”

Minutes from local dining favorites such as Corvus Coffee, Grandma’s House Brewery and Sushi Den, as well as dozens of live music venues like the Levitt Pavilion in Ruby Hill Park, and Antique Row, the Art District on Santa Fe and outdoor activities along the Platt River, residents will have the best of SoBo and Platt Park right outside their front door. Residents will also soon be able to utilize a pedestrian bridge across Santa Fe Drive, which will start construction later this year. This important infrastructure will connect in town residents living along Evans, Broadway and Santa Fe, creating access to the Evans Station RTD light rail stop within three blocks.

“We are proud that this fresh, edgy new development has already made a splash in the burgeoning South Broadway neighborhood. We expect the remaining units at SoBo 58 will be quickly sold due to their location in the promising growth center,” said Susan Chong, principal broker at Iconique Real Estate. “The urban condominium segment is flourishing and we at Iconique Real Estate are honored to have a part in revolutionizing the Denver residential real estate experience for local and new-to-Denver buyers.”

With over 35 years of combined experience in new construction condominiums, Lamora and Chong have an enhanced understanding of creating communities, from pre-construction through completion, throughout the Denver metro area.

To continue the momentum, there will be an official grand opening event for SoBo 58 in mid-March.