YOU ARE HERE:Home » Brokerage » The State of Hospitality: Q&A with Neville Rustomjee, President of Hotel Brokers America
BrokerageFeatureHospitalityQ&A

The State of Hospitality: Q&A with Neville Rustomjee, President of Hotel Brokers America 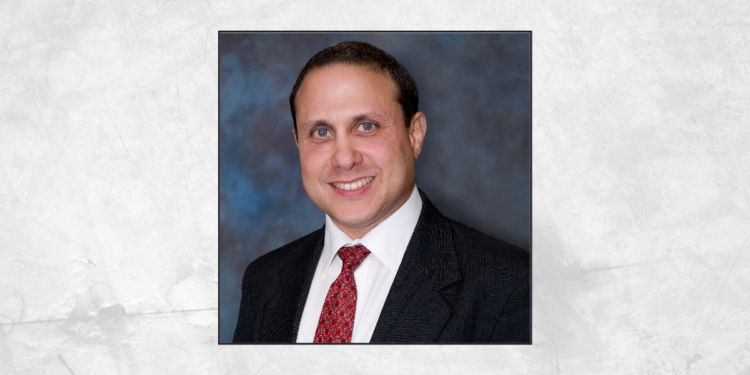 The hotel industry was one of the hardest hit during COVID as travel was severely impacted and city, state, and federal health guidelines limited group gatherings. Many of the larger full-service hotels that hosted business meetings, and hotels close to convention centers located in the Central Business District (CBD) of cities across the U.S., were hardest hit.

During COVID, international air travel was severely restricted, as was domestic air travel. According to the US Department of Transportation, 2020 domestic air travel was down by 60% and international travel was down by 70%. Not surprisingly, this had a huge impact on hotels around airports. Extended Stay hotels performed the best during COVID, followed by ‘economy’ scale hotels. Hotels along interstates, especially in more rural locations were less affected, since truckers were still shipping goods and supplies, and driving was perceived to be the healthier and safer way to travel.

In order to take a look at whether the hotel industry has bounced back, Mile High CRE spoke to Neville Rustomjee, president of Hotel Brokers America. Neville has been one of the most active hotel brokers in Colorado over the past decade. He has sold six hotels this year in Colorado and surrounding states and talks with hotel owners on a daily basis. Prior to starting his boutique hotel brokerage company, Neville worked for over ten years with Marcus & Millichap. At the time of his leaving, he was a Top Ten Hotel Broker ‘nationally’ with the firm, which has over 2,000 commercial brokers. Neville works with private investors, hotel investment groups, and large national Real Estate Investment Trusts (REITs) and so has his finger on the pulse of
the market.

How was the hotel industry affected by the pandemic?

Hoteliers are a resilient and creative group of people. When business fell substantially at the start of COVID, hoteliers had to save by letting go of staff in proportion to their hotel’s occupancy. Some hoteliers shut down floors or wings of the hotel to save on utilities and to make staffing operations more efficient. Some contacted franchise companies and other service providers and
negotiated better terms on their fees. Breakfast was paired down with ‘grab-n-go’ bags, which saved on cost. Room cleaning was limited to when requested, which saved on housekeeping costs. Hoteliers took advantage of government Paycheck Protection Plan (PPP) loans and Economic Injury Disaster Loans (EIDL). Many hotels are financed with Small Business Administration (SBA) loans (primarily 7a and 504), and hoteliers were forgiven for six months of payments, which saved a lot of hotels from going bankrupt.

How has hotel performance improved since 2020?

As far as Colorado and surrounding states’ hotel performance goes, it seems to be a mixed bag. Whereas most hotels have improved since 2020, many have not yet returned to 2019 pre-pandemic levels in terms of total revenue and Net Operating Income (NOI). 2021 saw a big improvement in hotel performance prompted by stimulus money injected into the economy, and people being fed up with sitting at home. The increase in vaccinations improved people’s perception of the safety to be more active. There was a desire to travel and do things, and outdoor places were deemed to be safer from a health perspective. Many people took to the road and went to nearby driveable destinations. Hotels adjacent to National Parks and Monuments, and resort areas performed well. Hotels in destinations with outdoor recreational opportunities also fared well. Business and group travel improved in 2021, but since domestic air travel was still about 27% below 2019 numbers, hotels in city centers and airport hotels did not recover as much.

For the first two quarters of 2022, most hotels seemed to be improving in performance, but I am seeing some softening in the third quarter for hotels in Colorado and surrounding states. The rise in gas prices may have dampened some of the summer travel. Cost of air travel also went up about 33% from the prior year. Fuel prices affect the price of consumer goods and services, and as things get more expensive, people have less discretionary money to travel. General consensus in the industry has been that hotels would recover to pre-COVID numbers by 2023 or 2024. However, there are new concerns about rising inflation, and how long and deep the recession will be. We have already had two-quarters of negative growth.

How has inflation affected hotels?

Since hotels can set their rates on a daily basis, they have a greater ability to adjust to inflation by raising their room rates. However, costs of labor have gone up dramatically during these past few years, and the availability of well-qualified workers is in short supply. The cost of hotel goods and services has also gone up substantially. This has put pressure on hotel owners’ profit margins, even if they have been able to raise their rates. Inflation of both construction labor and supplies has made hotels much more expensive to build. Some hotels are having difficulty completing projects on schedule, due to shortages of construction crews and supply chain issues. Hotel construction financing still remains challenging, limiting the supply of new hotels coming to market. Although the new hotel numbers are improving each year since COVID, they are still down compared to 2019.

How has this impacted hotel sales?

In 2020 during COVID, I sold three hotels, but they were primarily ‘all-cash’ sales or they had owner financing. Banks were very reluctant to lend due to the uncertainty of the pandemic. Since then, financing has improved, and more lenders were willing to consider hospitality sales. I had a very strong first two quarters in 2022 and sold six hotels. Hotel performance was still improving month-to-month, and interest rates were perceived to be reasonable by most investors. I have, however, seen a bit of a slowdown in the third quarter. Not only has the month-to-month growth in revenue slowed (from comparable months in 2021), but the cost of debt has increased dramatically.

There have been three 75 basis points interest rate increases, due to the Federal Reserve’s attempts to curb inflation. Inflation has already caused downward pressure on hotel profits. Higher loan payments further reduce the ‘cash-on-cash’ returns for investors. Conventional Bank loans are currently quoting somewhere between 5.75 – 6.00% interest rate. SBA 504 loans, which have a bank portion and an SBA portion, are quoting 5.90 – 6.00%. SBA 7a loans, which are for smaller deals, have lower down payments, and are generally easier to get, are closer to 7.25 –7.50%.

One would expect that lower profit margins would imply lower cost to buy a hotel i.e. higher Cap Rates. However, so far, Cap Rates have not really come down. Right after COVID, many investors were expecting to buy hotels with cents on the dollar. Distressed sales were not as widespread as expected, and the PPP/EIDL loans, as well as loan forgiveness or loan deferrals, helped people hang on to their properties. Because of this, there is a lot of capital on the sidelines chasing hotel deals. I feel this is the reason hotels continue to sell, despite the lower profit margins and higher interest rates. How long this will last is anybody’s guess. It depends on whether employment remains strong; consumers continue to spend on travel; the direction of interest rates; whether inflation continues or eases; geo-political issues like the war in Ukraine; and many other factors.

How have you been so successful in this changing and turbulent market?

I attribute my success to many years of experience specializing in hotel sales and managing seller and buyer expectations during the deal. Being able to present a deal to a buyer showing the upside, that is convincing to them, is key. Also, having connections in the industry with the various players from franchise companies; lenders; appraisers; inspectors; surveyors; Phase I Environmental companies; insurance providers; and other parties involved with a typical hotel deal, all help to get a deal to the finish line.

Neville Rustomjee is the founder and president of Hotel Brokers America, a boutique commercial brokerage company specializing in hotel sales. Formerly, Neville worked at Marcus & Millichap for over ten years, and was a Top Ten Hotel Broker ‘nationally’ when he left. He is a registered architect and has worked in the past on commercial projects for 18 years, including on hotel projects. He has two Associate of Science Degrees in Solar Photovoltaic and Solar Thermal systems. Neville can be reached at neville@HotelBrokersAmerica.com