The Opus Group Begins Construction On The Glenn Multifamily Development 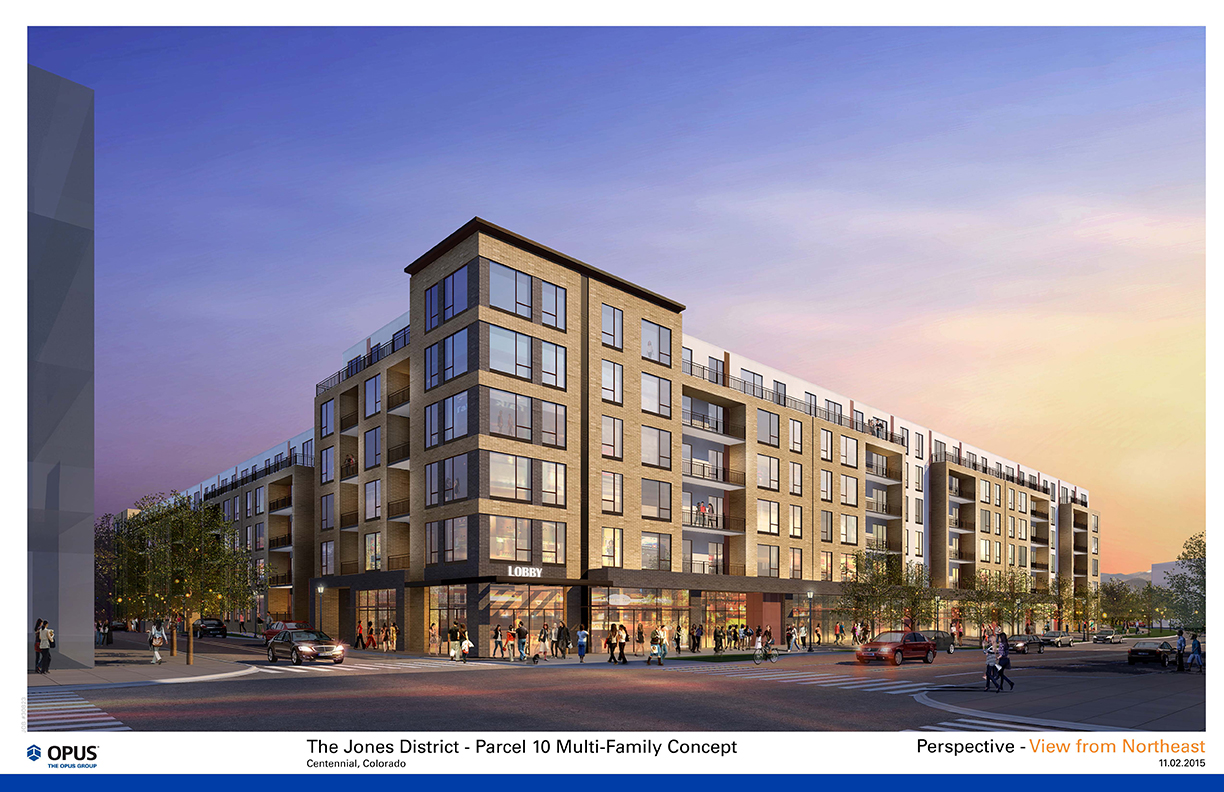 ​Denver, CO – The Opus Group (Opus) recently announced the start of construction on a 306-unit multifamily development in Centennial, Colorado. The six-story residential building, known as The Glenn, will be the first project to break ground at The Jones District – a 42-acre master-planned development that will become a destination community to live, work and play. “We’re thrilled to share our plans and kick off work for the first of many projects at The Jones District,” said Peter Coakley, senior vice president and general manager, Opus Development Company, L.L.C. “The Glenn is a prime example of what’s in store for this community with spectacular mountain views, upscale amenities and convenient access to public transit – it’s a terrific project to start the 1.8 million square feet of development to come.”

Located west of Interstate 25, the building will feature retail space on the ground floor as well as high-end amenities for residents to enjoy including a fitness center, office space, outdoor pool, hot tub, fire pit and grilling areas. The sixth floor will also feature a club room and outdoor deck designed to take full advantage of views of the entire Front Range. The transit-oriented development will also have direct access to the Denver Light Rail system.

Opus is the developer selected to transform The Jones District into 1.8 million square feet of mixed-use space including residential, hotel, office and retail projects – making it Centennial’s largest commercial development. A ceremonial groundbreaking for The Glenn was held on Aug. 17, 2016 and completion of the project is scheduled for December 2017.

Renderings courtesy of The Opus Group