YOU ARE HERE:Home » Architecture » The Sky’s the Limit: 3 Female Leaders in Denver CRE
ArchitectureBrokerageDesignDevelopmentFeatureHospitalityMultifamily

The Sky’s the Limit: 3 Female Leaders in Denver CRE 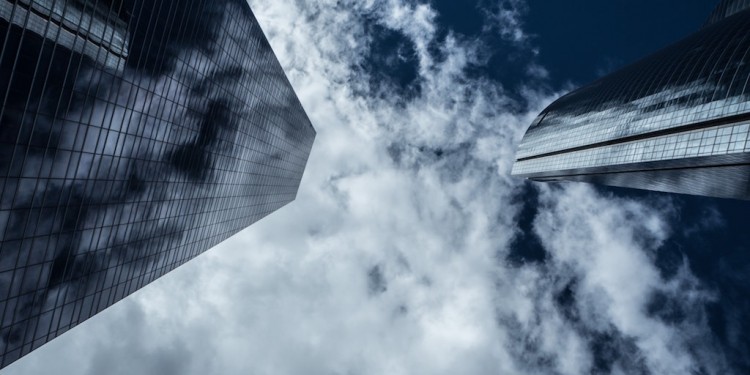 Three veteran women all part of Denver’s thriving commercial real estate community are having a major impact on the city’s development landscape and are paving the way for future females in the industry. Here they each share their journey in commercial real estate as well as what it has been like for them working in a male-dominated industry. With more than 35 years in healthcare real estate, Patricia Wassik is one of the most esteemed professionals in the industry. As a broker, her experience with sales transactions is diverse including raw land, development, and MOB assets ranging from $1 million to $20 million in value. She also serves as a consultant for several major hospital systems and has developed multiple MOBs in the metro Denver area. In 2017 and 2013, Patricia was recognized by DMCAR as Denver’s top producing small office broker across all specialties.

“I feel like medical office serves a higher purpose. I really like to bring value and it’s not always about the pay check at the end of the day. If I bring value, I get compensated for what I really love doing.”

Wassik started her commercial real estate career in property management, which she believes is an excellent place to start a real estate career. “You really get to understand the nuts and bolts of how buildings operate; the basic rental income, operating expenses and the impact to the owner and investor,” says Wassik.

Right before the market hit rock bottom in 2008, Wassik recalls one of the first properties she developed, Crown Point Medical Plaza, next to Parker Adventist Hospital. Despite the fact her timing was less than favorable and that she could not get a lender to return her calls, she successfully developed, leased and sold the 20,000-square-foot building in 2013 for an impressive $6,700,000. While the project was not one of her largest transactions, it remains one of her biggest accomplishments to date.

Wassik appears to be relatively unscathed by any gender bias — she describes herself as a tomboy at heart — but she has always known it exists.

“I would sometimes get calls from male developers that I managed buildings for and they would wonder why I wasn’t passing development opportunities on to them. That’s when I would say to my husband; if I was a guy I don’t think they would have asked that question.”

Known as a fierce negotiator and relentless competitor, Wassik’s tenacity stems from her hobby as a marathon runner. Completing more than 35 marathons and with a personal best time of 6:08 per mile, Wassik competed in the 1988 Olympic trials and ran with the US World Cup marathon team in 1989, winning gold in Milan, Italy. Rebecca Stone is managing principal of OZ Architecture, the award-winning 110-person design firm based in Denver. Becky, as she prefers to be called, has been with OZ since 1998 and has been principal in charge of numerous prominent resort and hospitality projects over the course of her 20 years with the firm, including but not limited to Snowmass Base Village Master Plan and PUD, and The Viceroy in Snowmass, CO, The Nickle and the renovation of the historic Hotel Teatro in Denver, Industry in Denver, and The Village at Winter Park, in Frasier, CO.

Stone holds an Architectural license in more than 20 States, she is an active member of several Resort Design Review Boards, co-chair of the ULI RETL (Resort, Entertainment, Tourism & Leisure) Product Council in Colorado, and acted as a ULI Partnership Forum 2013 – 2014 Mentor.

Taking a job at OZ  was the perfect fit for Stone as she could pursue her love for resort architecture and the great Colorado outdoors.

“When I started at OZ, some of my first clients were at Keystone and Copper and I actually knew some of the people I was to design buildings for as I had worked for them in the food and beverage industry. It was a full circle moment for me,” says Stone.

Stone worked her way from intern to managing principal at OZ at an accelerated pace that she explains is due in part to the firm’s commitment to encourage and push their employees to do more than they think they are ready for. “Young people tend to jump around a lot these days and they don’t get the opportunity to grow their expertise — I think that was an advantage for me at OZ.”

Stone’s favorite Colorado projects include the Snowmass Base Village project, and a 300,000-square-foot resort project called Edgemont in Steamboat Springs, a high-end ski-in ski-out condo property. “We designed that project from start to finish and construction went smoothly — the best part was that the whole team worked really well together which made it a really fun project to work on.”

Stone has worked on OZ’s Snowmass Base Village project since 2003. The premier mountain resort development, located at the base of Snowmass Ski Area, is the largest ski area village development currently underway in North America. “I’m looking forward in the next year to having Snowmass Base Village mostly constructed and to seeing people stay there. It will be super exciting when it’s done!”

Being one of few female architects in the CRE industry has been an advantage for Stone, rather than a disadvantage, “In our board room at OZ four out of seven of us are women and that’s not really heard of in the architecture industry — it’s a little unusual.”

Outside of OZ however, Stone is painfully aware that the CRE industry is still a very male dominated industry. Stone has mentored many young ladies in the past 20 years, and her advice to them is to always follow their passion and to persevere. “I think we have a lot to offer as women and I think developers and clients are starting to understand and see that. Once they see that I am knowledgeable about resort work then I think the male/female thing goes away.” Susan Powers is president and founder of Urban Ventures LLC, a real estate development company that focuses its efforts in urban neighborhoods, close to the core of downtown. In Colorado, she is active with a variety of civic organizations and is a member of the Board of Directors of the Denver Health and Hospital Authority and Denver Community Health Services, Inc.

Prior to forming Urban Ventures, Susan was the executive director of the Denver Urban Renewal Authority (DURA) for 11 years. During that time she was involved in the structuring, financing and construction of 18 complex commercial and residential real estate developments that contributed to the successful rebirth of downtown Denver, during a very difficult time in the city’s history.

“In the late 80s it was a very challenging time, a third of the buildings were boarded up and downtown was not what I’m looking at out of my window right now,” says Powers.

DURA purchased the Denver Dry Goods department store and acted as the developer, which was a highly unusual yet necessary move for DURA during the oil and gas recession.

Powers has always enjoyed the hands-on aspect of development, which she explains is very different to being the investor, advocate or catalyst that she was at DURA.

“I love being part of the vision from the beginning to delivering a building and seeing what difference it makes, whether it’s on the lives of the people living in it or on the importance in the community, preserving a building that has huge historical importance,” says Powers.

Following her 11 years at DURA, Powers wanted to move away from the challenges of public private partnerships with the desire to be part of a small company instead of a large institution. In 1998 she started Urban Ventures. Each development at Urban Ventures places a strong emphasis on community building in the context of social, environmental and economic viability.

“I wasn’t interested in building gas stations on C470. I wanted to go into niche neighborhoods that had not been discovered yet that had character and had needs, but be respectful of the community and bring some new life to it.”

Urban Ventures’ completed projects in and around downtown Denver include mixed use residential loft projects in central downtown, RiNo and Highland neighborhoods, many of which play an integral part of the downtown landscape we know today.

Two current renovation projects that are near and dear to Powers’ heart include the redevelopment of a 17.5-acre former convent property in northwest Denver into a model mixed income neighborhood called Aria Denver, and Steam on the Platte, a mixed-use development that revitalized an abandoned Denver neighborhood paying homage to the areas rich industrial history.

“On one hand I was involved in a project [Aria] that had all this great spirit and karma with it and then on the other end there was Steam on the Platte, which when we bought it housed the motorcycle gang and illegal pot growers — but they were both really fascinating and rewarding projects!” she exclaims.

Powers is certainly no stranger to feeling like the only female in the room, but if there were major obstacles then she says she did her best to ignore them. “I consider myself to be a very strong feminist, always have been, always will be — I feel that you have to have a sense of humor and some grounding and just be driven, work harder than other people, speak up when you need to speak up and be supportive of the next generation of women.”

Uniquely, Urban Ventures is comprised of an all–female team, which Powers is very proud of. “We are finding these days that we can work on a project that is all women and that’s very unusual — it’s important to have men and women working together but you definitely feel how different it is when it’s all women and I enjoy it.”

Dairy Block Honored by NAIOP Colorado as “Deal of the Year”