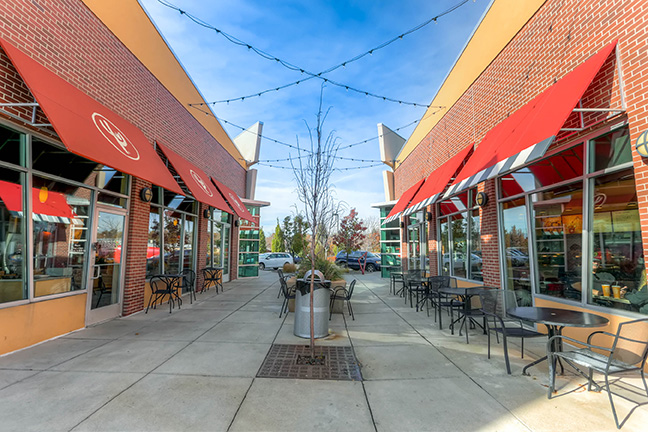 “Colfax Central is a great testament to the revitalization happening along the West Colfax retail corridor,” said Matthew Henrichs, first vice president, CBRE Denver Retail Investment Properties. Henrichs along with Lyons initially sold the retail center to Armstrong Capital Development in 2011. “In five short years, Armstrong completely transformed this property from an underperforming asset to a best-in-class retail project bringing in-demand restaurant and service offerings to the residents of Lakewood.”

Originally built in 2005, Armstrong purchased Colfax Central in 2011 when it was 33 percent vacant and suffering from deferred maintenance and declining lease rates.

“When we acquired Colfax Central we had our work cut out for us, but when taking into account the strength of the property’s underlying fundamentals we knew we had a diamond in the rough on our hands,” said Jarrett Armstrong, managing partner with Armstrong Capital Development. The company is experienced with the hands-on process of rehabilitating retail properties with strong locations but a lack of proactive management. “We worked closely with the City of Lakewood on a repositioning program to bring Colfax Central up to par and make it a contributing part of the community again.”

Armstrong Capital Development executed a series of investments to improve the property, beginning with a new signage program to maximize the high visibility of the intersection. They also enacted a marketing campaign to attract tenants for the vacant space and secure long-term renewals for existing leaseholders. Property management policies were introduced to maintain Class A standards. Armstrong also coordinated with the City of Lakewood to enhance access to the center from Wadsworth Boulevard. The result was a retail center 100 percent occupied at the time of sale.

“Armstrong was smart and strategic in the investments they made in Colfax Central,” said Henrichs. “It’s great to see that it’s not only paying off for them as a development company, but it is also benefitting the residents of Lakewood who now get to enjoy a Class A retail project and all it offers on a regular basis.”