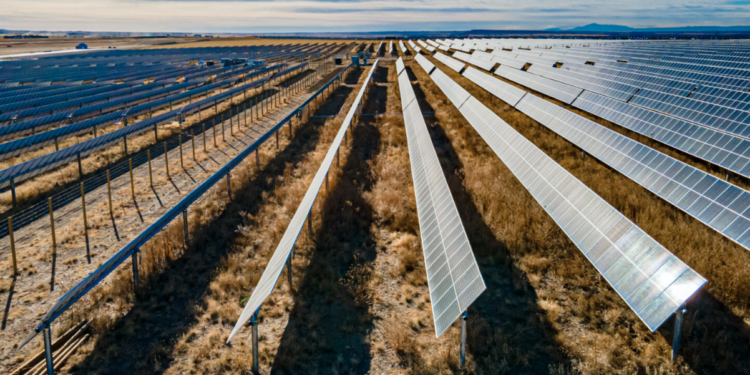 Excelsior Energy Capital, Unico Solar Investors and Namaste Solar recently broke ground on two community solar gardens in Greeley, totaling 4 megawatts of capacity. The single-axis tracker solar installations are designed and being built by Namaste Solar, an employee-owned cooperative based in Colorado. The installations are located on land leased from Charles and Debra Bird and will be connected directly to Xcel Energy’s grid to serve the energy provider’s customers under its community solar program. T-Mobile will be the anchor subscriber, accessing solar power through the program for 113 of its retail locations in the region.

“We’re committed to helping Colorado transition to the widespread use of clean energy as quickly as possible,” said Adam Knoff, co-founder and director of Unico Solar. “Partnering once again with Excelsior, Namaste Solar and Xcel, we’re able to put Colorado one step closer to our shared goal of substantially reducing carbon emissions. We’re grateful to be part of such a historic deal with T-Mobile, who is paving the way for other large-scale businesses to figure out ways to transition to a renewable energy future.”

“Community solar gardens like this not only help T-Mobile reduce our environmental impact, but also bring critical new clean energy benefits to local organizations so that even more people can take part in building a more sustainable future,” says Chad Wilkerson, director of sustainability and infrastructure sourcing at T-Mobile.

Earlier this year, T-Mobile became the first major U.S. telecom to source 100 percent of its total electricity usage from renewable electricity, and this agreement further contributes to that continued commitment.

Unico Solar worked with the owners of the land to make the footprint of each solar energy system as efficient as possible to allow for continued agricultural use just south of the sites.

“These projects further demonstrate our commitment to helping Colorado residents and businesses such as T-Mobile save money with clean solar energy, while also making a positive impact on the local community and the environment,” said Eliot Abel, senior director of commercial business development at Namaste Solar. “Community Solar Gardens allow homeowners and businesses to still benefit from solar energy even if solar is not a good fit on their property, due to variables like shade, ownership, or HOA restrictions.”

Omnidian will provide operations and maintenance support for the Greeley community solar gardens moving forward. Construction is expected to be complete by the end of 2022.