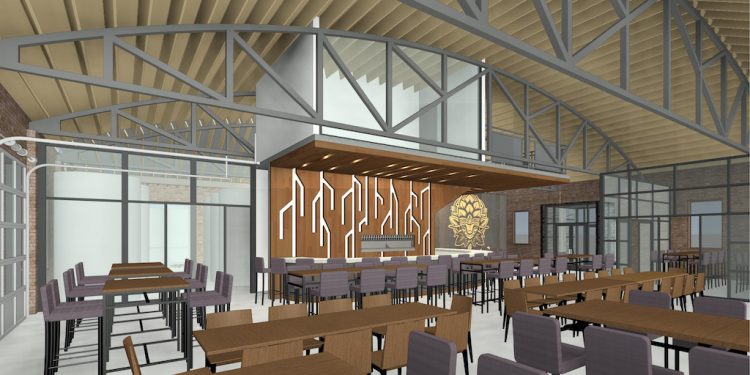 Urban Ventures LLC., a Denver-based real estate development and consulting company, is dedicated to redeveloping urban properties into communities that make a positive contribution to the neighborhood fabric and create sustaining value. Recent projects include the redevelopment of a 17.5-acre former convent property in northwest Denver into a model mixed income neighborhood called Aria Denver, and STEAM on the Platte, a mixed-use development that revitalized an abandoned Denver neighborhood paying homage to the areas rich industrial history.

Currently the developer is continuing its efforts to reinvigorate the “forgotten corridor” of Denver that is the Sun Valley neighborhood, bordered by I-25 on the east, Federal Blvd. on the west, 6th Avenue on the south and 20th Ave. on the north. Two new Urban Ventures developments; Raices Brewing Company, a Latino-owned and operated craft brewery and the Latino Cultural Arts Center, are set to place Sun Valley on the map as the cultural hub of Denver. Anchored along the banks of the Platte River at the intersection of Zuni Street and Old West Colfax, STEAM on the Platte, a 3.2 acre mixed-use development, co-developed by Urban Ventures and White Construction Group, promises to be Denver’s newest community for enterprising leaders and creative pioneers.

Urban Ventures acquired the site in 2014 — when the primary building was home to a large illegal marijuana facility and the Evil Souls Harley motorcycle club — with the vision of preserving a 100-year-old warehouse and creating new life for it as creative office space.

The first phase of STEAM involved the conversion of a 65,000 square foot former industrial warehouse (1401 Zuni Street) built in 1918, into bold, creative office space. The first tenants moved into the building in September 2017.

With phase one of STEAM now complete, the team is beginning phase two of the mixed-use development. Raices Brewing Co., a Latino-owned and operated craft brewery will occupy the 6,062-square-foot former gas station, featuring a bowstring roof, overlooking the Platte River from its large patio area. Raices will comprise a fifteen-barrel brewhouse and two patios, one of which will be a 3,500-square-foot outdoor space.

“Raices Brewing Company aligns with our desire to continue to invest in the neighborhood and to be an active participant in its redevelopment, while embracing its history.” said Susan Powers, president of Urban Ventures.

Raices was founded by three business partners, José Beteta, Martín Vargas and Tamil Maldonado-Vega. The trio is breaking barriers by bringing a new image of Latino craft beer into the Denver market, something that the Mile High City is very much lacking.

“Raices Brewing Co. is a Latino owned and operated brewery which prides itself on its three-pronged approach of high quality beers, a rotation of Latino American cuisine and ongoing cultural and popular Latin programming to engage our guests.”

The brewery — set to open spring 2019 — is in a prime location across from the Bronco’s stadium and will also be one block away from the planned 90,000-square-foot Meow Wolf art exhibition space.

“Our goal is to have drawings by October and to start the core and shell work by November,” said Doug Decker, vice president of White Construction Group and general contractor of STEAM on the Platte. The pastel colored buildings show the future location of the LCAC. The green building will be replaced with a 6-7 story new structure and the others will be renovated.

A few blocks to the west of Raices Brewing Company, Urban Ventures is working with Adrianna Abarca as the developer of a Latino Cultural Arts Center (LCAC) that will utilize some prime Denver real estate to celebrate the Latino community.

This project is being developed on the 2700 block of West Lower Colfax Ave. and will feature a 40,000-square-foot, 6-story new building as well as the renovation of three existing buildings on the block that were originally home to Adrianna’s parents’ successful business, Ready Foods.

LCAC will be home to the Mexican Heritage Museum, originating from the collection of the Abarca Family of Denver, which exhibits works of Mexican and Mexican American Artists. LCAC will also feature extensive exhibit space to showcase a wide array of Latin American art.

“The Latino Cultural Arts Center will provide spaces to tell the story through art, in the Mexican Heritage collection and rotating latino exhibits. It will house a unique set of spaces that bring people together – to experience the power of art, dance, performance, lectures, and social events,” said Salgado.

In addition to the museum and to capitalize on the sites prime central location, Abarca decided to add an 80 seat Black Box theater, an event space, a food market, and a street-level retail space to the project’s scope. A research library of Latino Arts, Culture and History will also be incorporated into the development.

Denver has one of the highest populations of Hispanics or Latinos in the U.S. According to Abarca, the mission of the Latino Cultural Arts Center is to strengthen the knowledge of and appreciation for the extensive artistic expressions of Latinos by preserving and highlighting their history and ongoing contributions.

“The demand is there, the interest is there and the support is there [for a LCAC] and so we wanted to do something on a larger scale,’ stated Adrianna Abarca.

The project is in the early conceptual stages with no definite timeline at this point but according to Abarca, further down the road, the team also plans to build an academy of Latino Cultural Arts on the south end of Sun Valley.

While Salgado has not yet completed the architecture for the center, she did say that the people of Denver can expect a modern facility that’s unique and rooted in the city that will demonstrate the pride and reflection of the latino community.

Abarca has stayed true to her guiding principle of creating a team that primarily includes Latinos and women. She was keen to team up with Powers, not only because she is a female developer but also because of her experience and reputation developing urban projects in Denver that respect the neighborhoods existing context.

“We want to send out a message that we are capable of executing a project of this scale,” said Abarca.

“Sun Valley is shaping up to be the new cultural hub of Denver. The Latino Cultural Arts Center is a part of Urban Ventures’ ongoing commitment to bringing high quality, diverse and inclusive projects to the Sun Valley neighborhood,” said Powers.