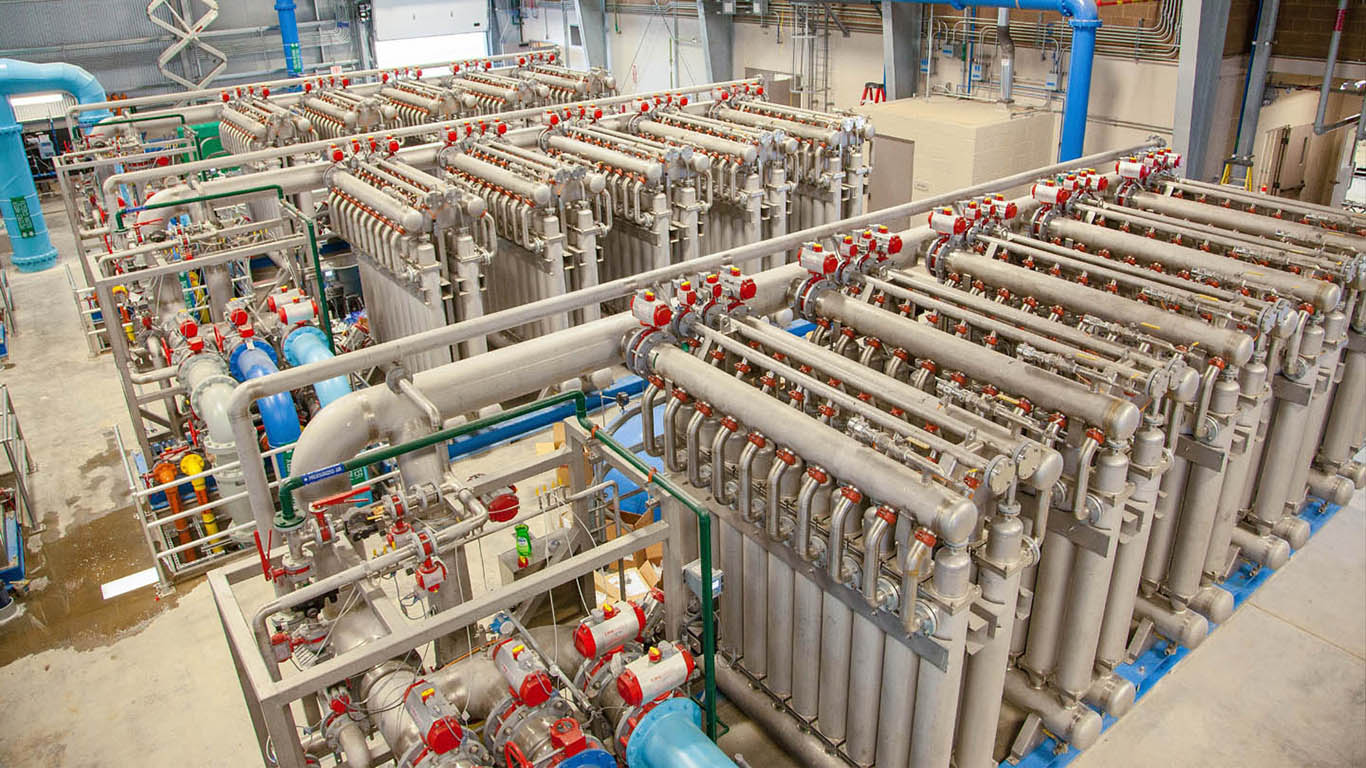 Denver, CO – The American Council of Engineering Companies (ACEC) of Colorado announced the winners of its 2017 Engineering Excellence Awards (EEA) at today’s celebration luncheon held at The Brown Palace Hotel and Spa.

Projects by Colorado engineering firms are rated by a panel of industry professionals who judge each project on the criteria of uniqueness and innovative applications; future value to the engineering profession; perception by the public; social, economic and sustainable development considerations; complexity; and successful fulfillment of client/owner’s needs, including schedule and budget.

Genifuel Corporation obtained the license from Pacific Northwest National Laboratory for its technology to transform a mixture of 20 percent algae and 80 percent water into bio-crude oil and natural gas.  The laboratory had proven their technology at a lab scale and Genifuel was seeking to scale the system up to a pilot plant scale to process one wet ton per day of the feed. To assist in the scale up and commissioning, Genifuel chose Merrick & Company to provide lump sum turnkey services that included engineering, cost estimating, procurement, fabrication/assembly oversight and commissioning. The scale of the pilot system was significantly larger than the lab scale demonstration.  As a first-of-its-kind application, Merrick & Company designed skids and specified a combination of standard vendor equipment and custom-designed equipment. Merrick & Company’s use of 3-D modeling ensured that the fully equipped skids would fit into standard shipping containers that can be easily shipped around the world.

The bio-crude oil can be refined by conventional processes into finished fuels such as gasoline, diesel and jet fuel, while the methane gas can be used to produce renewable electricity. This system supports the US Energy Independence and Security Act of 2007 by providing renewable fuel from algae and ultimately reducing America’s dependence on petroleum based fuels. The project was completely engineered, assembled, fabricated and commissioned in Colorado. Currently the largest water and sanitation district in Colorado, the South Adams County Water and Sanitation District needed to undergo an expansion and upgrade to its wastewater treatment plant to meet demand and address effluent permitting changes. Burns & McDonnell Engineering Company Inc. assisted the district at all stages of the project, including planning a holistic design approach, permitting and construction observation. The new Williams Monaco facility incorporates some of the latest technologies in treatment, improving both process control and energy efficiency – and the project team had the challenge of keeping the plant running and in compliance while the new facility was constructed in nearly the same footprint as the existing plant. While this project is a retrofit, the final layout and design appear as if the facility is completely new, and the overall project was extremely cost-effective due to the reuse of infrastructure. The project improved energy efficiency and operator and public safety, reduced water usage, came in nearly $80,000 under budget and was completed three months ahead of schedule.

[Editor’s Note: See above image. Aerial view of the site.]

The Parker Water & Sanitation District serves approximately 50,000 customers within a 43-square mile service area. Growing demand combined with and drought conditions have resulted in steadily declining groundwater levels over the past three decades. To address this challenge, the district began a multi-phase plan in 1985 to a build infrastructure to capture, store, treat and distribute water from renewable sources by 2015. The plan included development of the Rueter-Hess Reservoir, the new Cherry Creek diversion pump station and the Rueter-Hess Water Purification Facility, which is the first of its kind in the US and one of the most advanced facilities of its kind in the world. Dewberry provided design and construction phase services for the new water purification facility that now successfully treats raw water that includes surface runoff, groundwater, alluvial well water and reclaimed wastewater. Utilizing Actiflo Turbo, Actiflo Carb and Ceramic membrane Filter technology, this groundbreaking project is on the forefront of emerging water treatment, which allows the District to move away from mining nonrenewable groundwater resources and toward the sustainable practice of reusing treated wastewater and other renewable water resources.

[Editor’s Note:  See featured image. All treatment processes for the 10 MGD facility are housed in a single building.]

The U.S. 36 Boulder Turnpike Express Lanes project completed improvements to a 16-mile corridor between Denver and Boulder, creating Colorado’s first complete multi-modal throughway. The project added a tolled/high-occupancy vehicle lane, bus rapid transit, new mass transit stations and electronic display signage. Reconstruction of all existing roadways included widening the highway to accommodate 12-foot inside and outside shoulders, adding a commuter bikeway along the entire corridor, widening several bridges along the highway and adding a diverging diamond interchange. HDR Engineering Inc. was responsible for overall project management, lead roadway, drainage and structural design, and signing and striping for the project, which features multiple innovation “firsts:” allows buses to utilize the shoulder when traffic slows below 35 miles per hour; features active traffic management system with lane-use signals; buffer-separated express/toll lanes; fully dedicated commuter bikeway; and the first P3 project for the Colorado Department of Transportation. The changes make the commute approximately 25 minutes faster than the previous lanes during rush hour and not only do the solutions make commuting more efficient and better for the environment, but they also offer enhanced safety for travelers. HARBORCENTER is the first major private development project completed as part of an extensive, ongoing mission to restore the vibrant economic heritage of downtown Buffalo and embody the historical character of Canalside, NY. The mixed-use development integrates unique structural systems for parking, retail, hotel services, ice rinks, locker rooms, training facilities, restaurants and a meeting space. The structure features an exposed wood roof, which is reminiscent of historical skating sheds, and is the first elevated ice rink to span over an active roadway. Martin/Martin Consulting Engineers’ structural design for the building transitions through three different materials: cast-in-place concrete, structural steel and wood that match the architect’s theme and owner’s goal for a unique community structure with a signature element. At the “bottom of the earth” is a vast and frigid Antarctica, where the US and global science community collaborate.  It is also home to the McMurdo Research Station. The research station – originally built in 1956 – is the largest community on the continent and can support up to 1,250 residents. As part of a master planning team, Merrick & Company was tasked with creating a high-definition representation of facilities and infrastructure at the McMurdo Research Station with the objective to leverage knowledge from earlier plans and guide future development in an orderly manner to support evolving science missions. Merrick & Company utilized a tripod-mounted Light Detection and Ranging (LiDAR) technology produced 3-D models consisting of more than 2 billion measurements.

Field crews dealt with wind-chills of minus 25 degrees F. To accommodate the extreme freezing temperatures and high winds in the Antarctic environment, Merrick and Company’s survey team created special field-operation strategies to ensure the safety of the field team, protect valuable equipment and ensure overall success of the project. Using interior and exterior 3-D models, engineers are designing long-term development and multi-phased re-construction concepts for a more modern, energy – and operationally efficient research station for the scientific community.  Moving forward, engineers have access to more than 2 billion 3-D points in the project area to reference when planning and designing improvements to McMurdo Station facilities and infrastructure.

[Editor’s Note: See above image. The McMurdo Research Station where the project took place in an Antarctic austral summer (Latin australis for south) conditions when the snow melts at the station for only a few months each year.]

ME Engineers for the T-Mobile Arena: A New Venue and NHL home for Las Vegas; Muller Engineering

Images courtesy of ACEC of Colorado 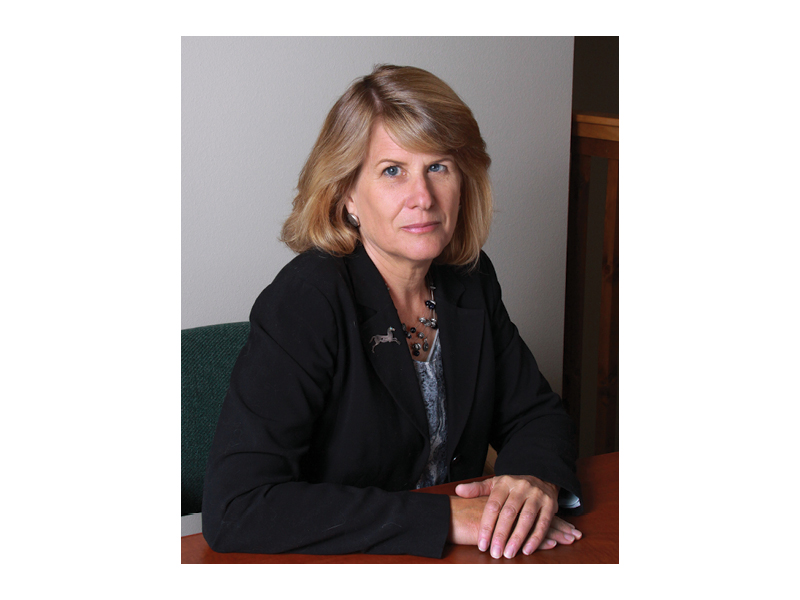