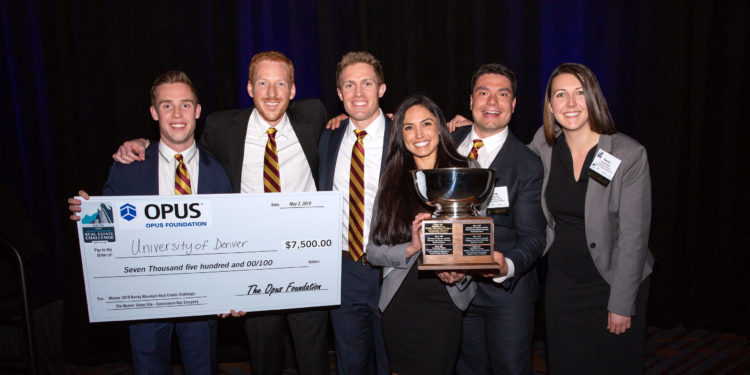 DENVER — The NAIOP 17th Annual Rocky Mountain Real Estate Challenge presented by Land Title, was held this month on May 2., at the Hyatt Regency in downtown Denver. An audience of more than 700 students, special guests and industry professionals from more than 250 companies gathered to watch DU defend their 2018 title against CU. 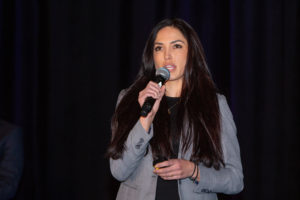 Over the last 17 years, the Challenge has become a catalyst for some of the highest profile, most impactful, and truly innovative public private projects in our community – such as Market Street Station, 9th and Colorado, the Coliseum River North, Parker Main Street, Westminster Station, and Midtown Industrial Center – better known as North Wynkoop and home to Denver’s newest music venue, The Mission Ballroom.

This year, the students were assigned the challenge of designing the redevelopment of The Denver Shops Site in Denver’s Globeville neighborhood. The 40-acre site is located just two miles from downtown Denver at the crossroads of I-25 and I-70. Formerly known as the Colorado Trade Center, the property was acquired by project sponsor Conscience Bay Company in 2015. Conscience Bay restored the original name, The Denver Shops, to honor the unique history of the site. In 1922 the Chicago, Burlington and Quincy railroad opened the Locomotive Shops and for decades the site was referred to as The Denver Shops throughout the community. Read More about the site here.

While both teams created their projects with the outdoor recreation industry in mind, the University of Denver team won for their project “CRUX,” a synergistic mixed-use development that maintains 70 percent of the existing site for industrial use and well-equips outdoor recreation companies to relocate to Denver. In fact the team received five letters of intent from companies ready to move in.

In addition to manufacturing industrial space, the development also included showroom space, a sports facility, office and coworking space. DU’s development would appeal to companies who want to find office space right next to their manufacturing facility.