The John Parr Leadership Award is named after John Parr, who founded Colorado Common Cause and was an influential member of Denver’s civic community. Killed in a car accident in 2007, he was known for being a man of his word and for bringing people together around challenging topics. “Helen is like John,” says Jim Kirchheimer, the DDP’s senior vice president, member experience. “She is a good listener, and she is intelligent and thoughtful. She was a great addition to this year’s class—everyone respected and admired her.”

In her role as co-chair, Helen helped create a downtown Denver art installation that was intended to provoke thought and engagement. Called the “Urban Tangle,” it transformed an entire block between Stout and Champa Streets through 22,600 feet of red rope, custom-made fittings and hardware that spanned the central tree canopy. Paired with Herman Miller Spun Chairs, it set the stage as if to say: Change the way you look at things, and what you look at changes.

Addressing the question: “How do small changes and unique activation have an impact on our urban core?”, the Urban Tangle was part of the 16th Street Mall landscape from June 25 until early November. 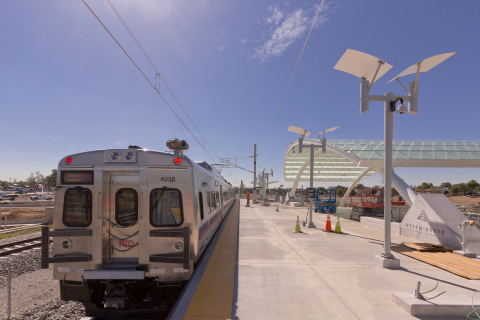