YOU ARE HERE:Home » Development » Infrastructure: The Backbone of Successful Development
DevelopmentFeatureTransit

Infrastructure: The Backbone of Successful Development 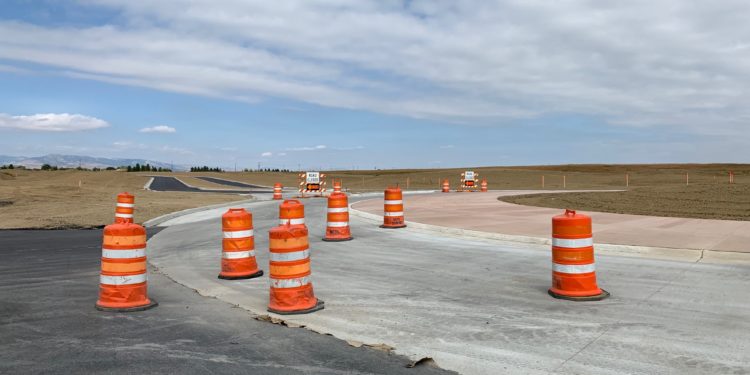 Construction is underway along West Kendall Parkway and North Boyd Lake Avenue, an important thoroughfare in the Centerra master-planned community in Loveland. Upon completion, the improvements will connect roadways for enhanced access and to streamline future areas of development 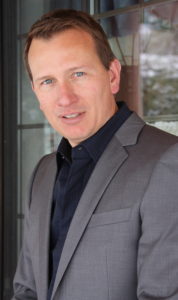 By David Crowder, vice president of community development/general manager of Centerra for McWHINNEY.

In Northern Colorado, the City of Loveland has served as a regional leader with the foresight to connect developers to the economic tools to fund infrastructure improvements. Centerra is a prime example of this success. McWHINNEY’s signature 3,000-acre Centerra master-planned community serves as a major focal point in the region, featuring residential, multifamily, office, industrial, medical, retail and hospitality development. Centerra and its amenities not only serve the Loveland community and beyond, but also function as a driver for tourism.

As a leading destination in Northern Colorado, Centerra has succeeded thanks in large part to the Master Financing Agreement (MFA) created in 2004 between The City of Loveland and McWHINNEY, the master developer of Centerra. Among other things, the MFA provided McWHINNEY and the Centerra Metropolitan District the resources to embrace the region’s largest transportation corridor, Interstate 25, creating an area accommodating focused growth. Since the community’s beginnings, its positioning along I-25 has played a key role in its growth plans with Centerra serving as a hub along the Northern Colorado segment of the freeway. In fact, bonds from the MFA helped fund the I-25/U.S. 34 interchange and the Crossroads Interchange.

With mindful infrastructure development historically at the foundation of the vision for Centerra, McWHINNEY is in the midst of several recent regional transportation infrastructure improvement projects within Centerra totaling an additional $30.2 million. Not only do these infrastructure projects support the 8,000 people working in and the 6,000 people living in the master-planned community, but they also have regional implications given Centerra’s role within the Northern Colorado economy. Quite literally, such infrastructure projects provide a higher level of function for the local economy to operate.

The regional transportation improvements are a result of the sales and property tax revenues collected at Centerra. The MFA between McWHINNEY and the City of Loveland allows these revenues to be reinvested in public improvements and infrastructure.

McWHINNEY manages the design and construction of much of the infrastructure within the Centerra Metropolitan District through a public bidding process, after which a contract is entered into. In Centerra, Kendall Parkway is an important east-west thoroughfare. Last fall, construction along the eastern section of West Kendall Parkway was completed to include a pedestrian underpass connecting to Centerra’s existing eight miles of trails. Current construction along West Kendall Parkway and North Boyd Lake Avenue is the continuation of this infrastructure work. Planned for completion this fall, this road construction connects roadways to improve access and to streamline future areas of development. As Centerra continues to develop, this project highlights the sound growth that can be achieved through proper infrastructure.

The recently approved Boyd Lake Avenue South and 15th Street improvements will expand a portion of Boyd Lake Avenue South — one of Centerra’s main north-south thoroughfares — from two to four lanes and add a roundabout and pedestrian underpass that will also connect to Centerra’s trail system. Construction is expected to start later this fall and be completed in fall 2020.

Focusing on infrastructure development is critical to the Northern Colorado market’s ability to remain competitive, providing an opportunity to get ahead of the types of infrastructure and traffic issues that cities experiencing rapid growth, such as Denver, are currently facing. Thoughtfully planned infrastructure makes possible thriving communities. Centerra alone earns about $4.5 million in retail sales tax per year for the City of Loveland.

The impacts of sound infrastructure development extend well beyond the boundaries of the Centerra community and help to connect Northern Colorado into the state’s larger commerce and housing hubs. The Centerra community as a whole is, at its foundation, made possible by the MFA, which has provided a framework for doing business. The MFA has paved the way for major infrastructure improvements including the I-25/U.S. 34 Interchange and the I-25 Express Lanes that support the mobility of the entire region and beyond. Given all the achievements that the MFA has made possible in the 15 years since its execution, the opportunity that still lies ahead is limitless.

David Crowder can be reached at david.crowder@mcwhinney.com