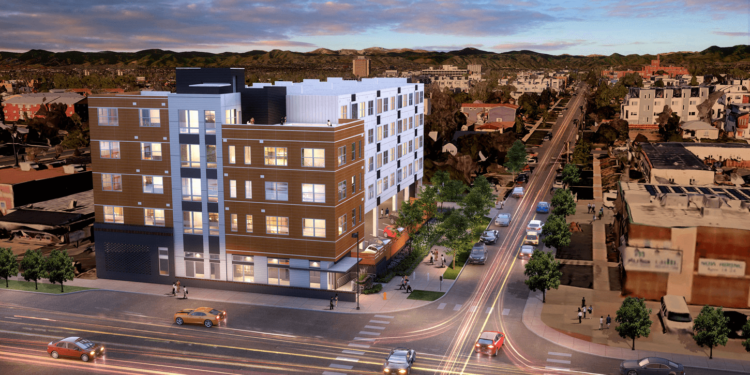 While the construction industry has made enormous strides in construction technology, concerns about worker safety, project efficiency, and environmental damages remain. Construction sites produce 56 million tons of debris every year and account for one-fifth of all work-related deaths in the United States.

One possible remedy for these problems is modular construction, a building technique that has been around for decades but is quickly gaining traction. Because modular construction sites require shorter timelines and fewer workers, they are particularly suited to the world as it currently exists during the coronavirus pandemic, where protections for frontline workers are a chief concern.

Unlike a traditional building, which is constructed entirely on site, modular buildings begin in a factory. In an assembly line, modules—which are small parts of the overall building, like LEGO bricks—are constructed. In this stage, workers complete the framing and add walls, flooring, roofs, and windows.

By the time a modular building reaches the site in completed modules, it is already built and only needs to be assembled. Using cranes, construction workers set each module in place, then lock the modules together. Tradespeople finish the job by connecting pipes and wires to create a seamless building.

Modular construction projects finish, on average, twice as fast as a comparable traditional building project. This increase in efficiency is largely due to the fact that construction can happen in the factory at the same time that preparations are happening on site—in a traditional project, construction cannot start until the site is prepared.

Modular construction projects have a host of environmental benefits due to the unique building process.

For example, since a modular construction company is working on many projects simultaneously, they are able to reuse materials on multiple projects that would usually end up as debris on a traditional construction site. 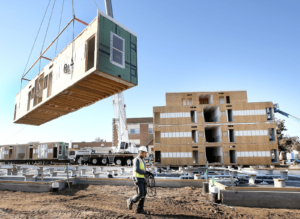 Because a modular building is constructed in a factory, modular construction sites require 90 percent fewer deliveries and involve a marked decrease in carbon emissions.

In Denver, modular construction projects represent a possible solution to the housing crisis. With median salaries stagnant and housing prices rising, additional housing stock will be a vital remedy in the coming years. Since modular buildings can be assembled relatively quickly, they offer a viable alternative to drawn-out development projects. 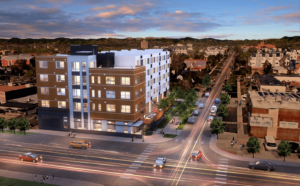 Take, for example, the 43-unit project at 1775 Federal, which was assembled over a period of two weeks by a crew of five. While the finishing touches took longer than two weeks total, this building still represents a possible solution to Denver’s housing and affordability crisis.

In addition to the economic benefits, modular construction has clear benefits for the environment and for worker safety—all welcome in our current world.

View the infographic from BigRentz for a detailed look at the environmental benefits of modular construction, here.