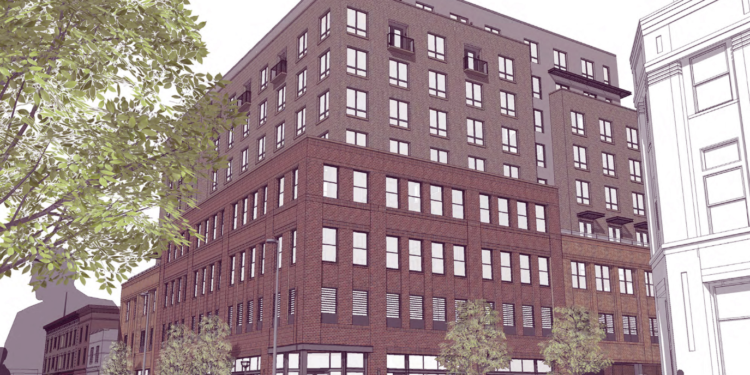 DENVER — Palisade Partners — a Denver-based mid-market real estate development firm focused on developing modern infill projects in Central Denver — plans to build, The Hooper, a nine-story, transit-oriented, mixed-use project at 2602 Welton Street, that will serve as an amenity for the Five Points neighborhood. The building will maximize density to contribute to the Welton Street commercial corridor and its uses will also complement another Palisade Partners project;, the renovation of The Rossonian Hotel.

Craine Architecture is the architect for both projects as well as for Palisade’s other Five Points project, The Lydian, an eight-story mixed-use development at 2590 Welton Street that is now complete.

Preliminary plans for The Hooper include 7,000 square feet of ground floor retail, two floors of office totaling approximately 31,000 square feet, some of which may be coworking space, and approximately 101 apartment units.  Some of these units may be operated as hotel/AirBnB rooms.

The goal of the project is to use parking efficiently by mixing the uses and to provide living and office options at a lower price point than tradition apartments and office space.  Parking demand may change significantly with the advent of automation, and this building is flexible to account for this potential change by adding above grade parking.  This project features complementary residential offerings to what has been provided or is underway in the neighborhood but includes options with a lower price point.

Busboys and Poets, a combined bookstore, restaurant, and event space based out of Washington D.C. and named after poet and former busboy Langston Hughes, will be the tenant of the 7,000 square feet retail space.  This will be the first Busboys and Poets location outside of Washington D.C. and is the perfect complement to Palisade’s other projects in Five Points and to the history and culture of the community.

Denver Community Planning and Development is still reviewing a Site Development Plan and Building Permit application for the project. Palisade hopes to break ground on The Hooper in Spring 2019. 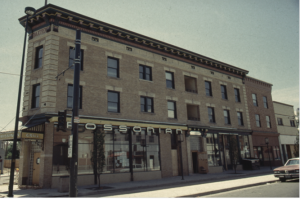 Built in 1912, The former Rossonian Hotel and its lounge were once the beating heart of Five Points.  This landmark 21,000-square-foot building has been largely underutilized since the mid-20th century.

Palisade’s vision is to restore the Rossonian to serve as a boutique hotel, restaurant, and music venue, preserving the rich jazz and African American culture and transforming it back into the living room of the community.

Palisade plans to incorporate public art into the building’s design. The hotel will be designed to meet the additional needs that Palisade’s other Welton Street projects may not have available.

Palisade has partnered with Chauncey Billups on the restaurant and lounge at the Rossonian Hotel, which will be named after the basketball superstar.  Chauncey grew up in the Park Hill and Five Points area and continues to maintain a presence and connection to the neighborhood.  He’s truly a hometown hero in the Denver area and wanted to be an involved partner in revitalizing the Five Points neighborhood.

Rendering of The Hooper, courtesy of Craine Architecture