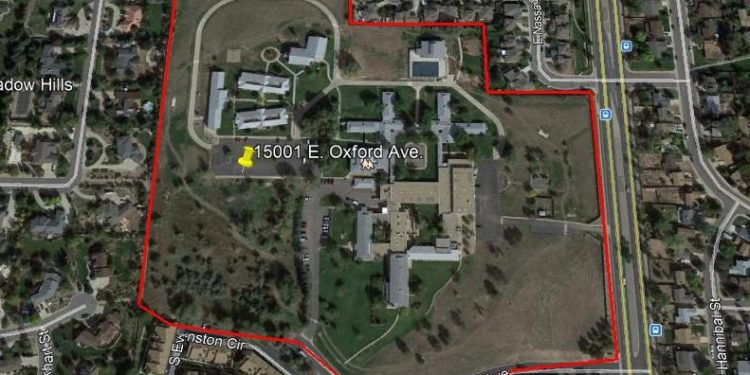 AURORA – The real-estate based nonprofit Urban Land Conservancy (ULC) has launched a $3.2 million sustainable energy capital improvement project at their Oxford Vista property (previously the Excelsior Youth Center) located at 15001 E. Oxford Avenue, a 31-acre campus in Southeast Aurora serving as the AmeriCorps NCCC Southwest regional headquarters. ULC is partnering with Energy Link to engineer and manage the project, utilizing the latest technologies to create a sustainable campus, with thirteen of the seventeen buildings expected to operate at net zero in the first year.

“ULC places significant focus on working to get to net zero on our community real estate, and are very excited to kick off our largest sustainable energy improvement project to date,” said Aaron Miripol, ULC president & CEO. “This work not only benefits the hundreds of AmeriCorps members and staff on the campus, but will also lessen the burden on the electrical grid and reduce our greenhouse gas emissions. We are honored that Excelsior Youth Center saw us as the needed long-term steward of their campus and this is our first step to ensure the property remains a permanent community asset.”

In May 2018, the Excelsor Youth Center donated the campus to ULC, as their program prepared to cease operations.

“Having served on the Board of Excelsior Youth Center for many years, it was a difficult decision to close our doors,” said John Farnam, former board president of Excelsior Youth Center. “But following our first meeting with Urban Land Conservancy, we quickly realized the mission minded goals of this campus would live on in perpetuity and the entire Board felt confident in their ability to steward the property.”

AmeriCorps NCCC has been a tenant at the Oxford Vista campus since 2016. In an effort to strengthen local communities and develop leaders through community service, the Southwest Region completed 107 projects in 2018. Their assignments varied, but included tax preparation, veteran assistance, K-12 tutoring, affordable home construction and food distribution. Team members currently provide services to nine states, and have the highest graduation rate of all NCCC regions.

Earlier this month, Energy Link commenced the $3+ million project which is expected to complete the work in fall 2019. Improvements include the complete redesign of the building’s mechanical systems, a lighting retrofit to upgrade the campus to LED technology, replacement of the entire HVAC and boiler systems, the installation of a digital automation system and full roof and window replacement. The campus will also incorporate a geothermal system and 440kW solar array.

“The environmental impact of the improvements, upgrades and installations made will bring this 1960’s outdated and inefficient property to the highest of energy standards, even compared to new construction,” said Chris Ihler, CEO and co-founder of Energy Link. The project anticipates that the upgrades will reduce the campus’ electric consumption by 1.28 million kWh annually, once the facility is fully occupied. That is equivalent to over one million pounds of burned coal per year. The solar grid alone is estimated to produce a 106 percent positive offset at the campus’ current electric use. “To say this will be a positive impact is an understatement, and we are excited to be a part of it.”